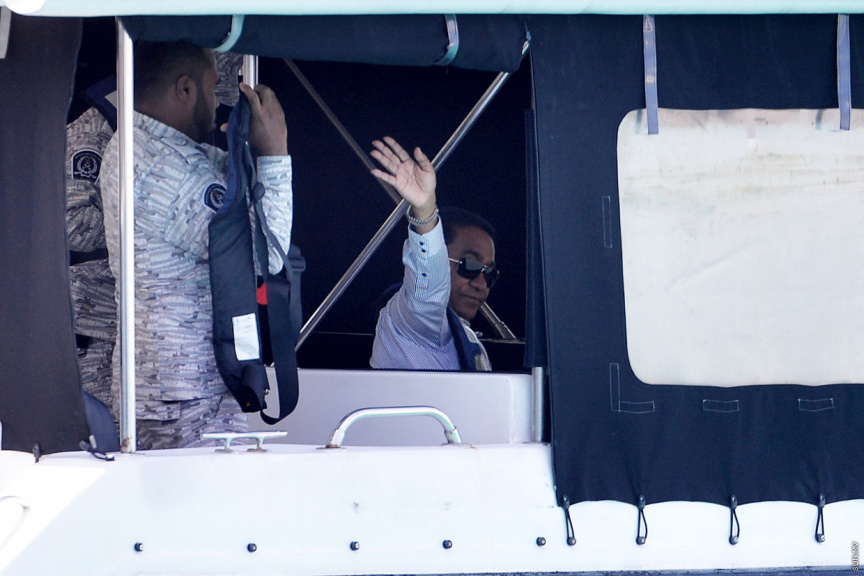 Former president Abdulla Yameen is seen waving as he is taken to Maafushi prison after a hearing in the court case against him. (Sun Photo/Fayaz Moosa)

Former president Abdulla Yameen’s legal team has stated that Yameen has been summoned for questioning to the police today.

Police are investigating allegations against the former president and former vice president Dr. Mohamed Jameel Ahmed, who is now part of Yameen’s legal team tweeted that Yameen was summoned to the Police today. The former president is set to arrive for questioning at 13:00 today.

Dr. Jameel also expressed concern that Yameen was being summoned at a time when two cases of the Covid-19 disease had been spotted in the country.

“The whole country was suddenly unsettled last night. The dangerous disease was identified in the country. This is the time for kindness from one to another. However, the Police are rushing to summon president Yameen to the investigation at 13:00 today.” read a tweet by Dr. Jameel who also questioned whether the authorities had nothing better to do at this time.

Former President Yameen has already been summoned twice for questioning. The last time being Thursday, last week. The former president was also taken to his home for about an hour by the Police after a request by him.