Maldives to seek USD 438 million from GCF for 31 projects 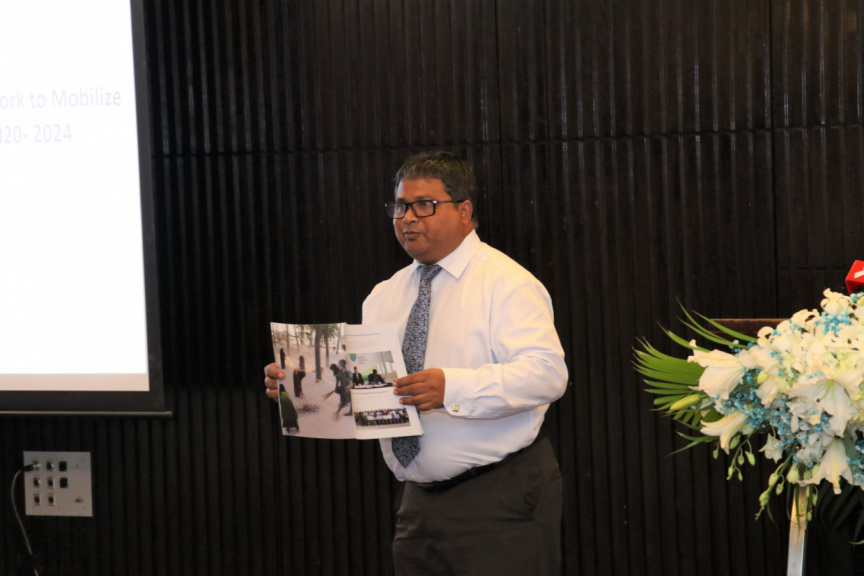 Environment Ministry, on Monday, launched a national strategic framework to mobilize international climate finance in Maldives, establishing 31 priority projects which the country will seek financial assistance from the Green Climate Fund (GCF) for, over the next four years.

GCF, established by the United Nations Framework Convention on Climate Change (UNFCCC) in 2010, is the world’s largest dedicated fund to help developing countries reduce their greenhouse gas emissions and enhance their ability to respond to climate change.

GCF had launched its initial resource mobilization in 2014, and rapidly gathered pledges worth USD 10.3 billion – mainly from developed countries. It is scheduled to release USD 9.8 billion more in financial assistance over the next four years.

The national strategic framework to mobilize international climate finance, launched this Monday, highlights on plans to seek USD 438 million in financial assistance from GCF for 31 projects.

Environment Ministry said the list comprises of projects from all areas of environmental concerns which GCF releases funding to including; coastal protection, protection of endangered species, agriculture, fisheries, tourism, renewable energy, and transport.

According to Environment Ministry, the projects will also serve to achieve the goals set in the government’s strategic action plan.

He noted that MVR 1.8 billion for environmental protection projects and MVR 247 million for promotion of the production of renewable energy has been allocated in the government’s budget for Public Sector Investment Program (PSIP) projects for the year.

He also highlighted on the introduction of green loans and two funds for issuance of micro loans for investments in renewable energy through Bank of Maldives (BML), and the establishment of the B. Atoll Conservation Fund – which mobilizes resources from the government and private sector businesses including resort operators.

He announced plans to establish similar funds in other regions of Maldives in light of the experience from the B. Atoll Conservation Fund.