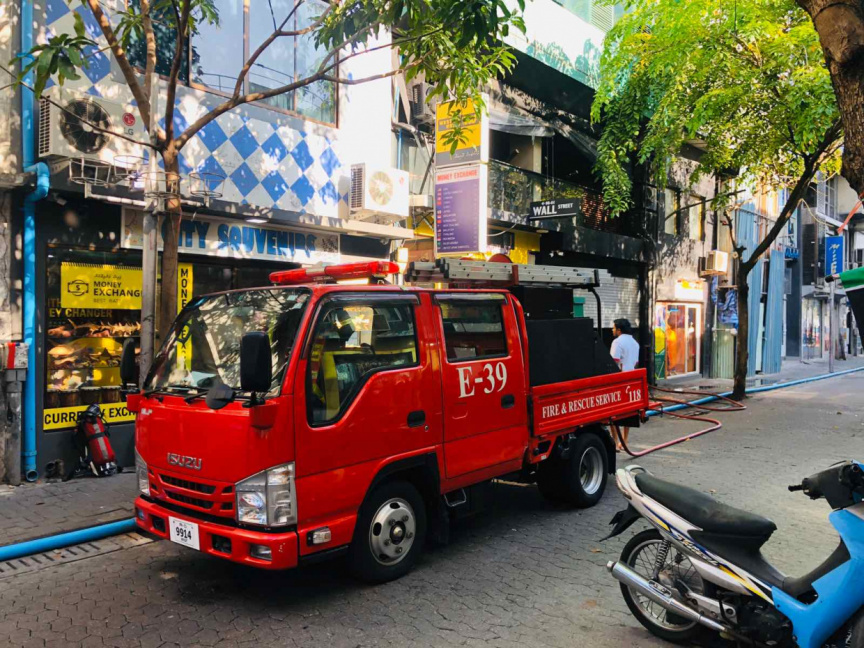 A fire at Big Man & Co., a café located in Chaandhanee Magu of Male’ City, has left one injured.

Maldives National Defense Force (MNDF) spokesperson Major Ibrahim Azim said the fire had taken place inside the kitchen of the local café at approximately 8 am this Monday.

One person, identified only as a migrant worker, sustained burn injuries in the incident and has been taken to Indhira Gandhi Memorial Hospital (IGMH).

Azim said MNDF’s firefighters had managed to put out the fire shortly after it took place, but that the damage to the kitchen area had still been “extensive”.

The nationality of the person injured in the incident, or the extent of his injuries is unclear at this point.

Boat breaks in half after wrecking on Narudhoo seawall