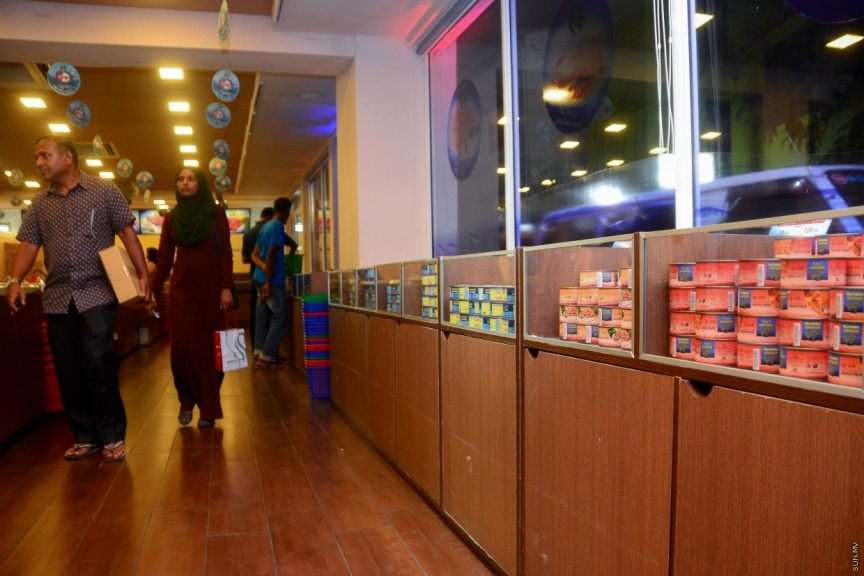 Photo shows the inside of MIFCO shop. (Sun Photo/Mohamed Afrah)

The promotion is named as “Mifco Mivareh Neiy” and will be run until May 31. Lucky draws will be held as part of this promotion which will see one winner announced every week from each shop of MIFCO.

A grand prize is also offered by MIFCO by collecting coupons from every MIFCO shop.

The promotion also includes the company slashing the price of its canned tuna products.

“With the Mivareh Neiy promotion, the prices fish can cases are at a rate that will be very appealing to customers. The last time prices were reduced on these products was four years ago. Cases of 48 cans of Feilvaru tuna chunks in oil are now available for MVR 640. The price of a case tuna chunks in brine are available for MVR 595.” said an official of MIFCO.

The lucky draw results will be broadcast live on Facebook every Thursday, according to officials who added that distribution trips to other atolls as part of the promotion will also be conducted.