Bonde: Salaries of ministers, parliamentarians need to be cut down to mitigate virus outbreak fallout 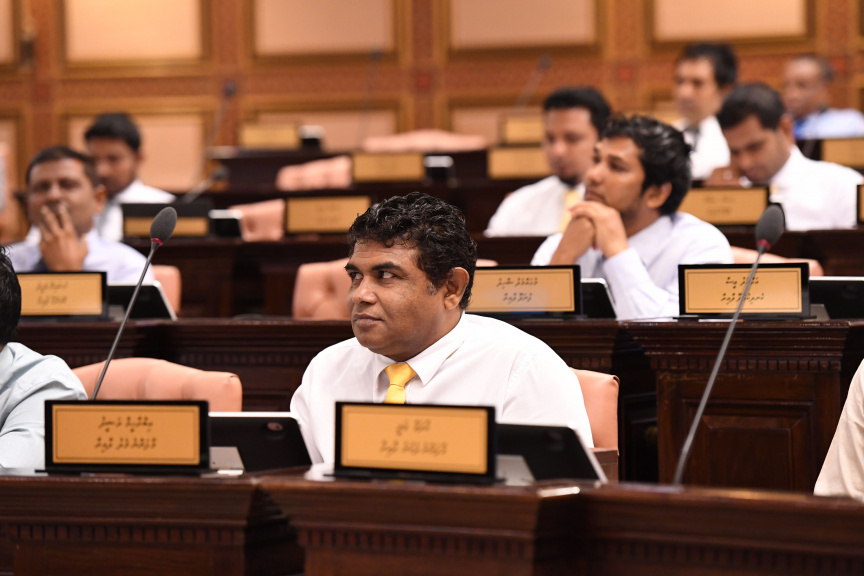 Central Maafannu MP Ibrahim Rasheed (Bonde), on Sunday, called for cuts to the salaries of government ministers and parliamentarians in order to mitigate the expected economic fallout from the COVID-19 outbreak.

Finance Ministry has issued a circular instructing all government institutions to cut down on expenditures in order to mitigate the expected economic fallout.

Bonde told Sun that cutting down on day-to-day expenditures wasn’t enough, and that the salaries of government ministers and parliamentarians needed to be cut as an additional measure.

He said that he planned on initiating discussions regarding the subject during the meeting of the parliamentary group of ruling Maldivian Democratic Party (MDP) on Monday.

“Some individual members within the MDP PG are in favor of [salary] cuts. The expenditure on salaries of ministers also need to be cut. Ministers need to switch from two cars to one car,” said Bonde.

The Maldivian government has implemented several precautionary measures in response to the deadly COVID-19 outbreak, including banning flights from China – the epicenter of the outbreak, Iran, and several districts of South Korea which are experiencing large-scale outbreaks.

It has also imposed a temporary ban on cruise liners.

World Health Organization (WHO), on Friday, announced that the risk of the virus spreading worldwide was “very high,” citing the “continued increase in the number of cases and the number of affected countries.”

Economists have forecast global growth will slip to 2.4 percent this year, the slowest since the Great Recession in 2009. They expect the impact to be much worse if COVID-19 becomes a global pandemic, with the US and other global economies falling into recession.

'I represent the people, not the government'