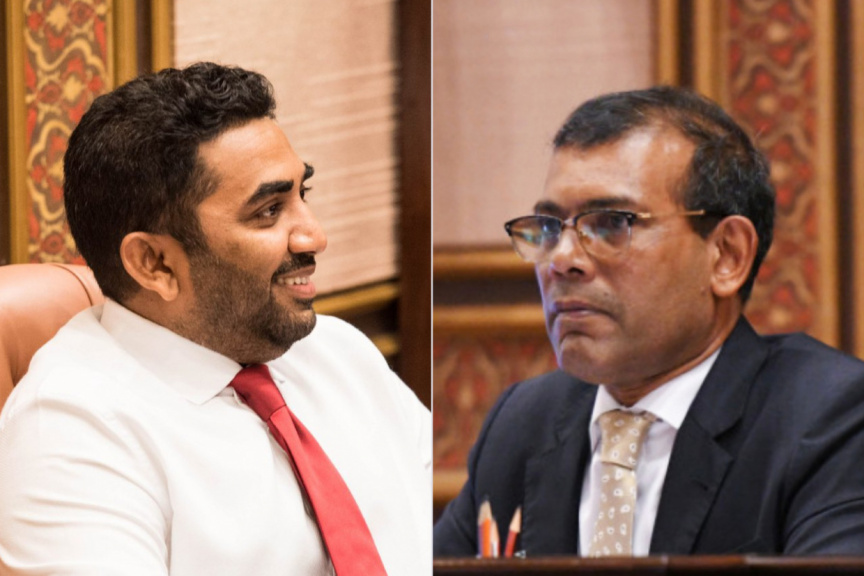 Health Minister Abdulla Ameen has responded to apparent criticism directed at him by the Speaker of the Parliament regarding doctors appointed to the Health Center in H. Dh. Makunudhoo.

The Minister was responding to a question by Makunudhoo MP Mohamed Raaee regarding a pledge by President Solih to increase the number of doctors in the health center. President Solih had promised to appoint a pediatrician and a gynecologist to the center. MP Raaee questioned the minister over the failure to follow up on this promise after a year in office for the Administration.

Speaker Nasheed then commented that from the minister’s statements it seemed that a doctor could not be appointed because there was nowhere to accommodate the doctor, to which minister Ameen once again reiterated his earlier statements.

The minister stated that a gynecologist can only be brought after the adequate space and facilities are arranged. Having a doctor on the island without the space to provide the service would increase the concerns of the residents, according to the minister.

Speaker Nasheed then responded by saying that he had visited the health center in Makunudhoo a “hundred thousand times” and that there was enough space to accommodate a doctor in the center. Nasheed after this comment noted that there was a labor room in the center that has not been used in the last ten years.

“But there is a perfectly good labor room. My heart says that it is not fully correct to say so in this parliament that services to the Makunudhoo center could not be provided due to a lack of a consultation room,” said Speaker Nasheed.

Minister Ameen then responded by saying that every health center in the country had a labor room, and while some were used rarely, others were not used at all. Minister Ameen also said that the labor room had enough space and that even if the room was not used, it was a mandatory facility under the health service standards.

“It is mandatory to establish a labor room from the WHO standards and other arrangements. We maintain the facility and the space to be used because it might be needed in an emergency.” said the minister.

He also added that if a labor room was used for other purposes, without increasing the space and facilities, challenges in using the room may arise when an emergency occurs.

It was reality, according to the minister, that most health service centers in the country were faced with a shortage of space. Increasing the space depended on the budget and resources available and it was a challenge to accomplish things on every island due to budget constraints.

Corpse found off the coast of Makunudhoo