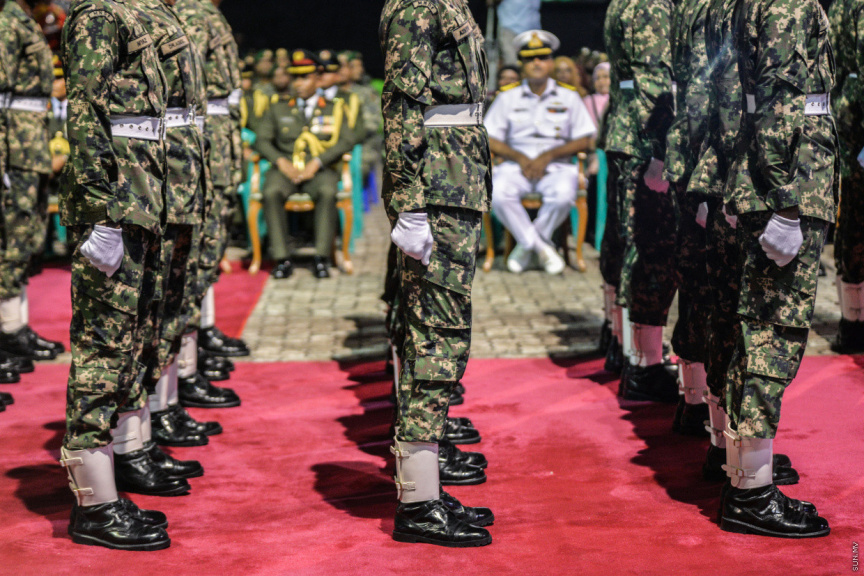 Prosecutor General’s Office has filed for charges against a military officer, accused of raping a 14-year-old girl, with the Criminal Court.

The suspect in question has been in police custody since January 23, when he was arrested for “the sexual abuse, the blackmail, and rape" of the girl.

The Prosecutor General’s Office, on Sunday, announced that it had filed for charges against one Mohamed Ali (Shehenaaz, H. Dh. Nolhivaranfaru) under Section 2 of the Special Provisions Act to Deal with Child Sex Offenders.

While the Prosecutor General’s Office did not say the man was the military officer accused of raping a 14-year-old girl, Sun was able to confirm his identity as such through other reliable sources.

The charge against him is that of intentionally touching a child’s body with a sexual intent – a crime punishable by 10 to 14 years in prison.

The suspect in the case was placed under suspension by the Maldives National Defense Force (MNDF) on January 23 – the same day of his arrest.

The case had gained media attention during a session of the Parliament’s Human Rights and Gender Committee on January 17, when Addu Meedhoo MP Rozaina Adam said that two military officers suspected of raping a 15-year-old girl continued to roam free.

Only one has been arrested in the case.