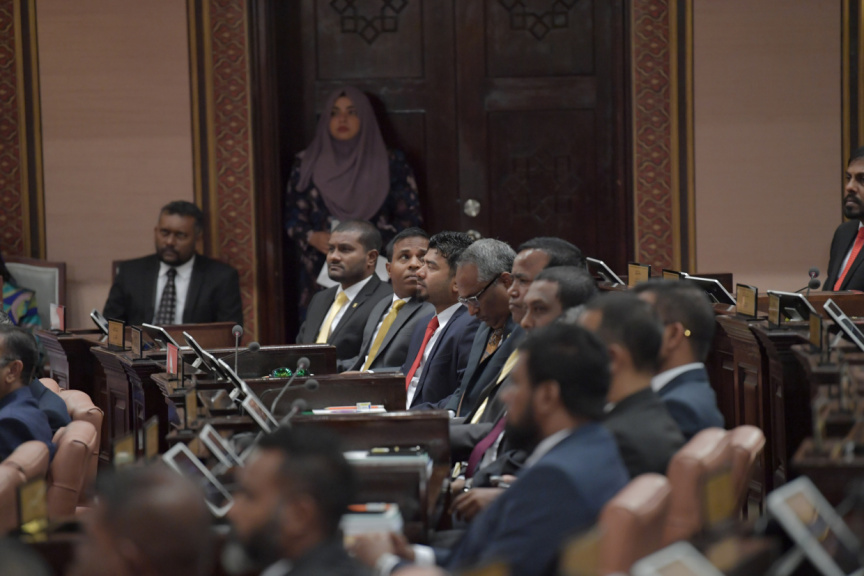 February 3, 2020: MPs of the parliament are pictured in the opening session for the year 2020. (Photo/President's Office)

The parliament has expressed concern regarding the failure to form regulations under the newly formed Fisheries Act of the Maldives.

The act, ratified in September 2019 by the President, mandates the formation of several regulations within three months. It has been more than two months since the deadline lapsed, and Fisheries Minister Zaha Waheed was under scrutiny by the Parliament in today’s session when she joined for ministerial questioning.

Speaker of the Parliament Mohamed Nasheed stated that the Parliament would not wait for the regulations to be formed and called on the Minister to speed up the process.

When asked if the regulations were created by the Speaker, Minister Zaha did not answer the question directly. The speaker then requested the Secretary-General of the Parliament to schedule a meeting of the Regulation Committee to address the issue.

Amendment to bar state from selling shares in JVs