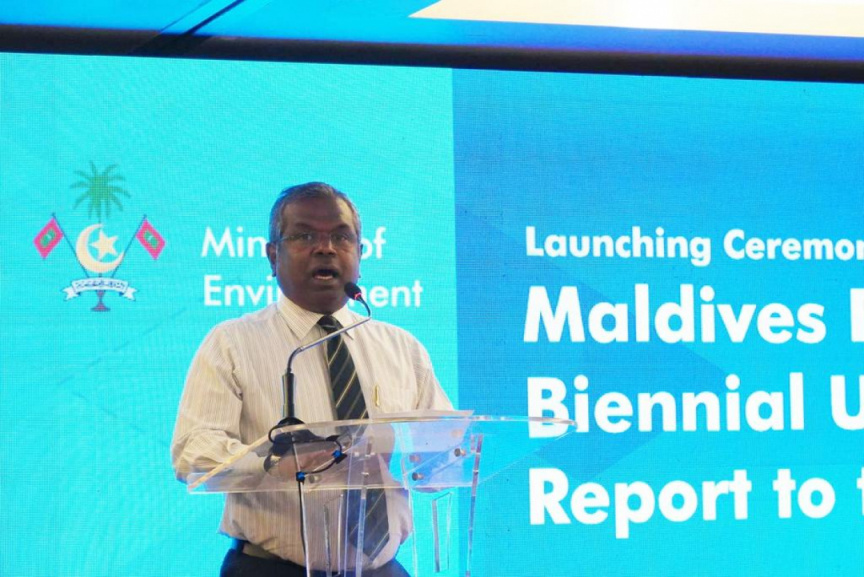 Photos from the ceremony to unveil the first biennial report of Maldives on February 6, 2020. (Photo/Environment Ministry)

The first biennial update report of the Maldives has been unveiled.

The report is a mandatory report to be issued every two years by the signatories of the United Nations Framework Convention on Climate Change (UNFCC) which the Maldives is part of.

The report was unveiled at a ceremony in Hotel Jen by Environment Minister Dr. Hussain Rasheed and details the carbon emissions of the country and efforts made to reduce the carbon footprint of the country.

Efforts to limit the adverse effects of climate change are also highlighted in the report as well as the challenges faced in doing so.

State Minister Abdulla Naseer who also spoke at the ceremony noted that the Maldives has advanced a lot in development and attained many of its goals in the last year. He noted that along with this development came the effects of climate change which are experienced even more severely. He noted that the country was forced to strengthen the efforts to resolve these issues.