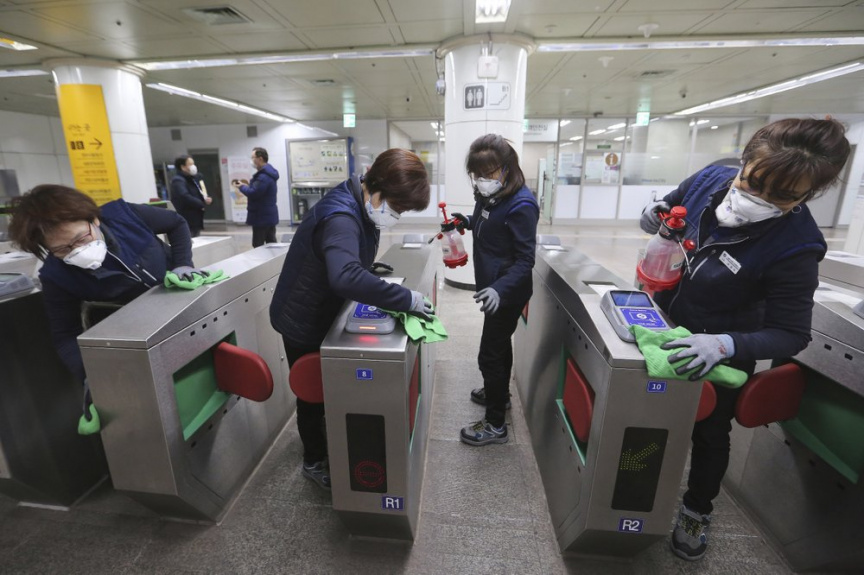 In this Jan. 28, 2020, file photo, employees disinfect ticket gates in hopes to prevent the contraction of the coronavirus at a subway station in Seoul, South Korea. (AP Photo/Ahn Young-joon, File)

Maldives has imposed a temporary ban on import of live animals from countries experiencing outbreaks of the deadly novel coronavirus which has killed nearly 500 people – most from China where the virus originally appeared.

Both the World Organization for Animal Health (OIE) and World Health Organization (WHO) have established that the deadly virus had spread to humans from an animal host.

The Fisheries and Agriculture Ministry, on Wednesday, announced a temporary ban on import of live animals from countries experiencing outbreaks of the deadly virus “as the first precautionary measure by the veterinarian sector.”

“And since several countries are also experiencing outbreaks of bird flu, we find the import of live animals from such countries to pose a risk of the virus being imported into Maldives,” said the ministry in its statement.

It said that it would announced the date on which the temporary ban would be lifted at a later date.

The novel coronavirus has now infected more than 24,500 people globally, and has been declared a global health emergency by WHO.

The organization has advised against close contact with live or dead animals, the consumption undercooked meat, and visits to animal farms.