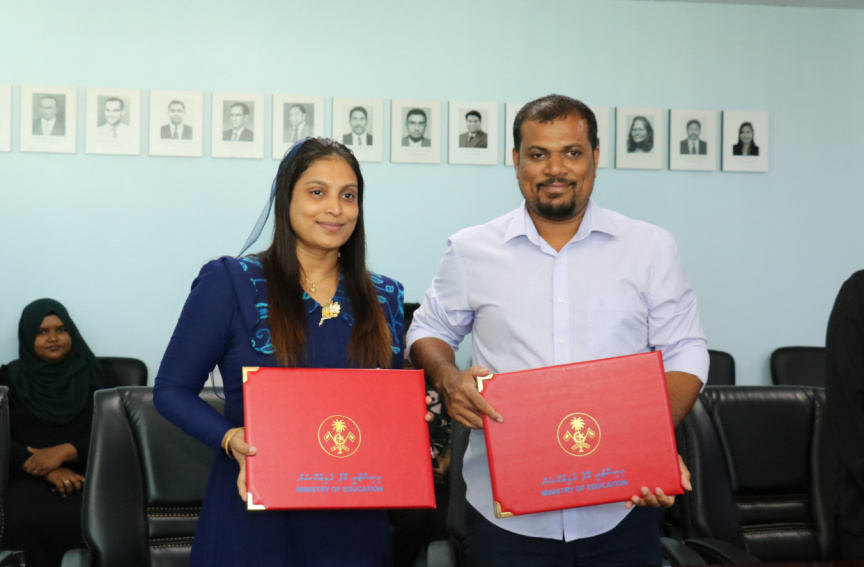 The contract was signed by Education Minister Dr. Aishath Ali and Director of SJ Construction Shihad Ibrahim in a ceremony at the Education Ministry headquarters in the morning.

SJ Construction has been contracted to complete the project within one year.

According to Education Ministry, it expects to be able to move the students who are being taught out of the temporary building set up to house Dharumavantha School to the new building by April 2021.

It will also have a two-story library, designated rooms to house its staff, and additional rooms to carry out extracurricular activities.

The school will switch to a single-session school once when the new building is done.

Students had been moved out, after the original Dharuvantha School building was condemned for demolition, and relocated to a temporary building constructed adjacent to the government complex, Velana Building in 2016.