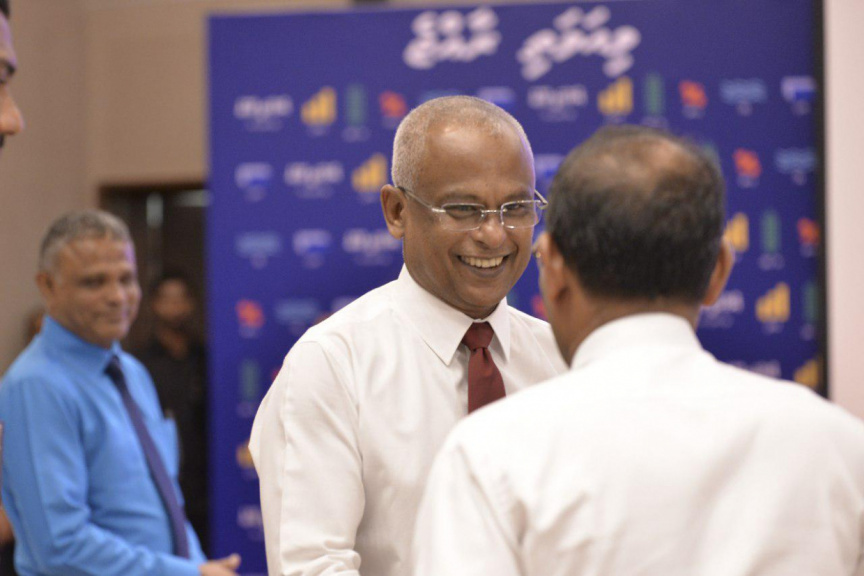 President Ibrahim Mohamed Solih, on Monday, announced that all Maldivian citizens who had been suspected of contracting the deadly new coronavirus had tested negative.

The President made the announcement in his annual address to the Parliament.

“By the Grace of Allah, none of them tested positive for the coronavirus. I pray to Almighty Allah to protect the Maldivian people from this deadly scourge,” said the President.

Maldivian health authorities had previously announced that there were three Maldivian citizens who were suspected of contracting the deadly virus, all of whom were in stable condition, and no longer showed any of the symptoms which led to their quarantine.

The President had begun his annual address by calling the deadly new coronavirus outbreak as a darkness which had cast a long shadow over the entire global community.

He said that the threat it posed to the Maldivian community must not be dismissed, and provided assurance the government would “take all necessary precautionary measures to contain the spread of this virus to keep our citizens safe.”

He said that it had been for the very purpose of keeping the Maldivian people safe that the government made the decision to close off several routes of air travel, despite the detrimental effect it would have on the tourism industry and the entire Maldivian economy.

Note: While this article lists the number of locals tested for the novel coronavirus as three, as had been previously disclosed by health authorities, HPA, in a statement it released on Monday afternoon, after this article had originally been published, announced that total seven locals had been tested for the virus, all of whom had tested negative.