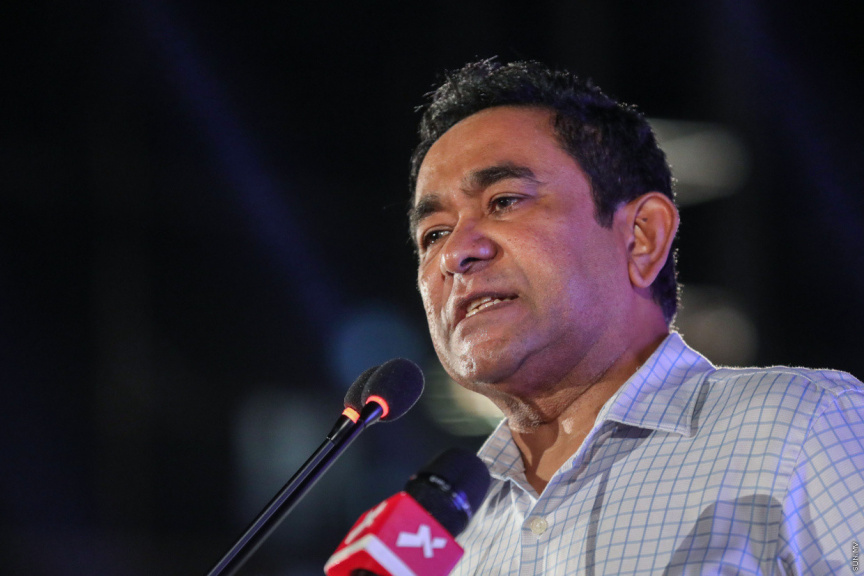 Home Ministry has rejected allegations that the former President Abdulla Yameen who is serving a five-year sentence for money laundering is deprived of fundamental rights in prison.

The allegations were made by opposition PNC president Abdul Raheem Abdulla and he claimed that the former president was subjected to unlawful cruelty in addition to being deprived of some fundamental rights.

The opposition leader claimed that the former President was thinner and was now in the condition of “a jailed person”.

The Home Ministry responded to these allegations that it was misleading. President Yameen was provided with the same rights and amenities as every other prison without any discrimination. No complaint has been received from either President Yameen, his family or his attorneys in relation to the stories spread on media.

A visit by the-then Inspector of Corrections under the instructions of the Home Ministry also saw him meet with the former President and clarify his issues. No such complaints as those being spread on the media were noted by the president during that meeting as well, according to the Home Ministry.

The Ministry then noted that the government’s policy was on reforming the prison systems and bringing those incarcerated back into society as a rehabilitated person.