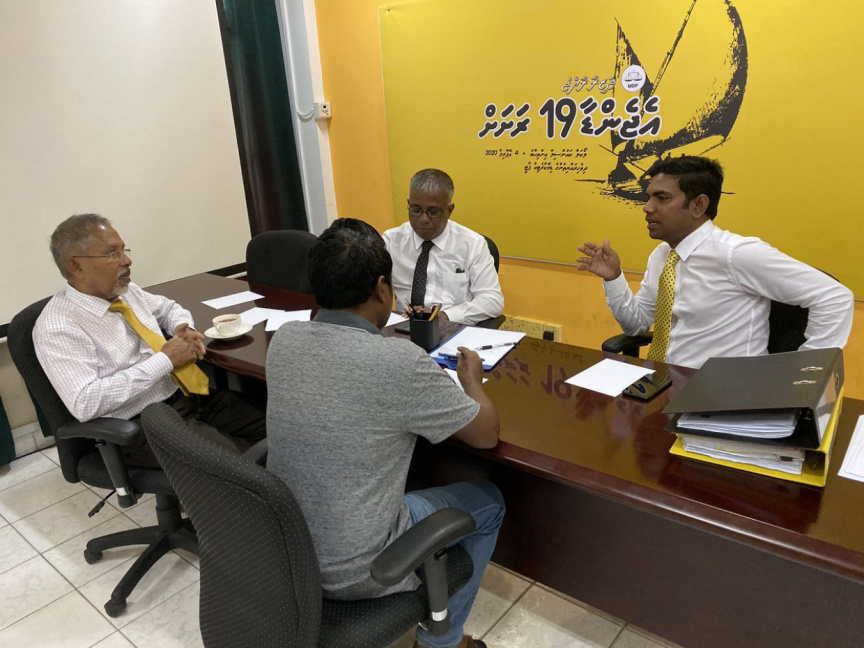 MDP's disciplinary action committee convened on January 23, 2020, to hold discussions regarding the matter of candidates accused of sexual misconduct or endorsed such behavior. (Photo/MDP)

Maldivian Democratic Party (MDP) has begun work on barring candidates from the party primaries who are accused of sexual misconduct and those who advocate or encourage such behavior.

MDP made the announcement after a candidate in the primaries for G.A Kanduhulhudhoo, Madheeha Abdulla had spoken out in defense of three family members accused of molesting a toddler in the island during an interview with “Sun”.

Calls to bar such candidates have been ringing within MDP after her comments were published.

A disciplinary action committee of MDP convened to hold discussions regarding the matter today.

The committee’s member and vice president of MDP Mohamed Shifaz stated after the meeting that people who advocated for such behavior or encouraged such behavior cannot take part in the primaries for MDP.

He also stated that it was not something that MDP stood for and would work to ensure that councilors are free of such allegations.

“A lot of complaints regarding one candidate is being received. If such behavior exists, we will now allow the candidate to take part in the primaries,” said Shifaz.

Madheeha Abdulla had vehemently defended her family members in an interview with “Sun” and described the allegations as a conspiracy. She even went as far as to call the information spread against her family “an act of terrorism”.

MDP’s primaries for the upcoming local council elections are scheduled for January 31.