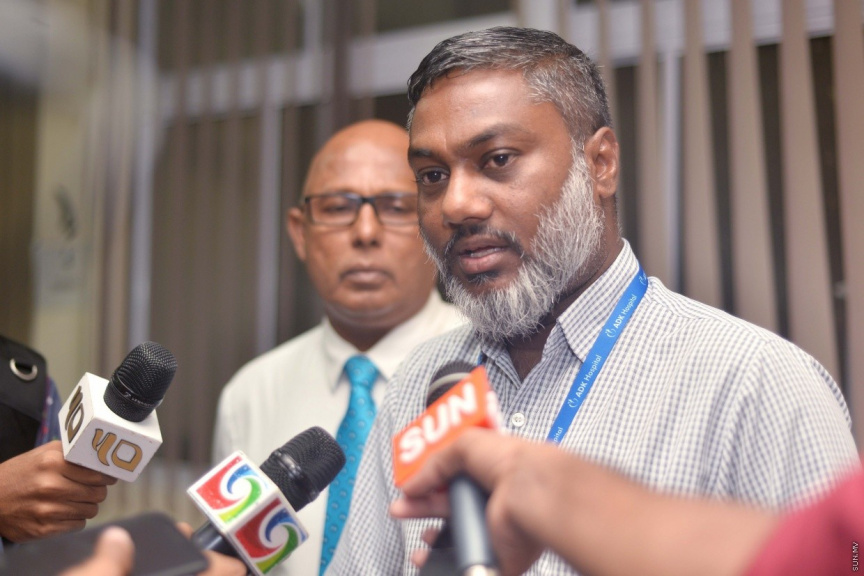 Leading local medical professional, Dr. Abdulla Niyaf, on Wednesday, urged Maldivian authorities to strengthen screenings at local airports following confirmation of cases of a new and potentially deadly strain of coronavirus circulating in China, in countries across the world.

The novel viral pneumonia, a coronavirus, appears to have originated from the city of Wuhan in December.

Gao Fu, an academician of the Chinese Academy of Sciences and head of the Chinese Center for Disease Control said at a news conference on Wednesday that officials awere working on the assumption that the outbreak resulted from human exposure to wild animals that were being traded in illegally at a food market in Wuhan and that the virus was mutating.

Health officials confirmed earlier this week that the disease can be spread between humans. It’s not clear how contagious it is, but person-to-person transmission could allow it to spread more widely.

The number of confirmed cases have exceeded 440. The death toll stands at nine.

Thailand authorities Wednesday confirmed four cases, a Thai national and three Chinese visitors. Japan, South Korea, the United States and Taiwan have all reported one case each. All of the illnesses were of people from Wuhan or who recently had traveled there.

Initial symptoms of the novel coronavirus include fever, cough, tightness of the chest and shortness of breath.

Airports around the world have stepped up monitoring, checking passengers from China for signs of illness in hopes of containing the virus during the busy Lunar New Year travel season.

Dr. Niyaf, on Wednesday, noted that airports across the world had strengthened screening measures.

He urged Maldivian authorities on the need for immediate public and visible screening measures at local airports.

“HPA, it looks like it’s time to have the surveillance vigilance formally, publicly and visibly implemented at our airports. Most countries have. And announce the measures too. Everyone must know and see that the measures are implemented. Create confidence. Pls,” said Naif.

HPA, on Monday, issued a statement in which it urged vigilance from locals travelling to China, who have been asked to:

HPA has advised travelers not to make unnecessary outings, to wear protective face masks, and to seek medical attention as soon as possible if they show symptoms such as fever or respiratory difficulty after visits to Chinese cities affected by outbreaks.

They have been asked to disclose all the countries they may have travelled to or transited in over the past two-week period when they go to seek medical attention.

HPA said it planned on taking additional measures based on new developments and advise from WHO, if necessary.

China is currently the top source of tourist arrivals in Maldives.

HPA begins screenings at VIA for new virus from China