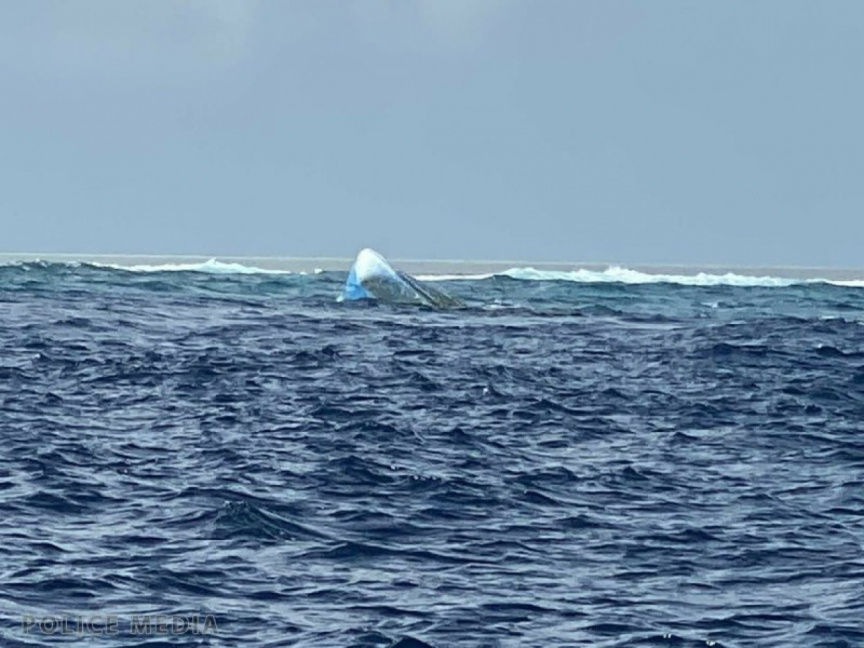 Teams from Maldives Police Service and Maldives National Defense Force (MNDF) have been dispatched to the waters off the coast of Medhufushi Island Resort in M. Atoll following reports of sighting of a capsized foreign vessel.

A police spokesperson said the sighting was reported to the agency at approximately 1 pm this Sunday.

The team from police dispatched to area found the capsized vessel just beyond the house reef of the local resort island, said the spokesperson.

According to the spokesperson, initial investigations pointed to the vessel being a Sri Lankan fishing boat.

No one who may have been onboard the vessel have been found, as of yet.

MNDF and police continue to scan the area for people who may have been onboard the vessel when it capsized.