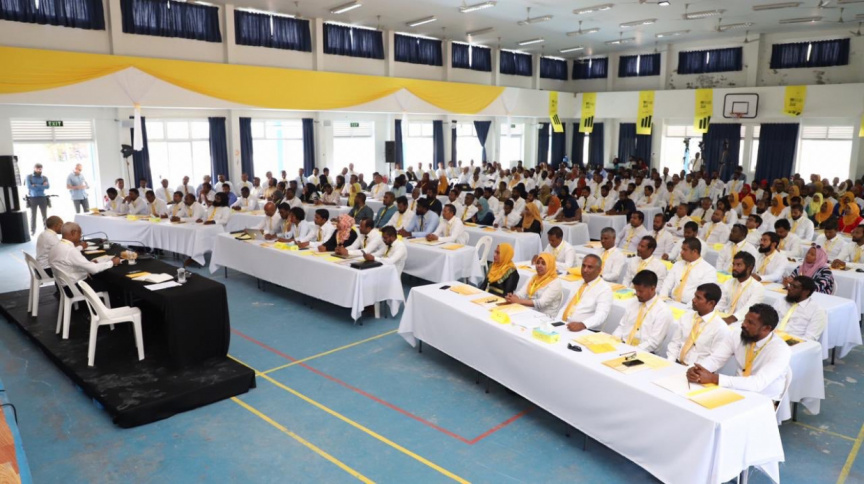 The Maldivian government has petitioned the Parliament to increase the salary of councilors.

President Ibrahim Mohamed Solih announced the salary changes in response to a question posed by a councilor in the middle of a panel discussion during the Maldivian Democratic Party (MDP)’s Thiladhunmathi Iruvai Conference which began in H. Dh. Kulhudhuffushi this Wednesday.

While the President Solih confirms the government has submitted a revised salary structure for councilors. The final decision lays with the Parliament, which will reconvene after recess in February.

“The structure has now been submitted to the Parliament. This decision will be finalized following debate once the Parliament reconvenes,” said the President.

“So the salary of city and island councils have been made similar. So this [disparity] will be put an end to as soon as the Parliament reconvenes,” said the President.

The responsibilities were later restored to city councils, and the salary of city councilors increased again, in March 2019.