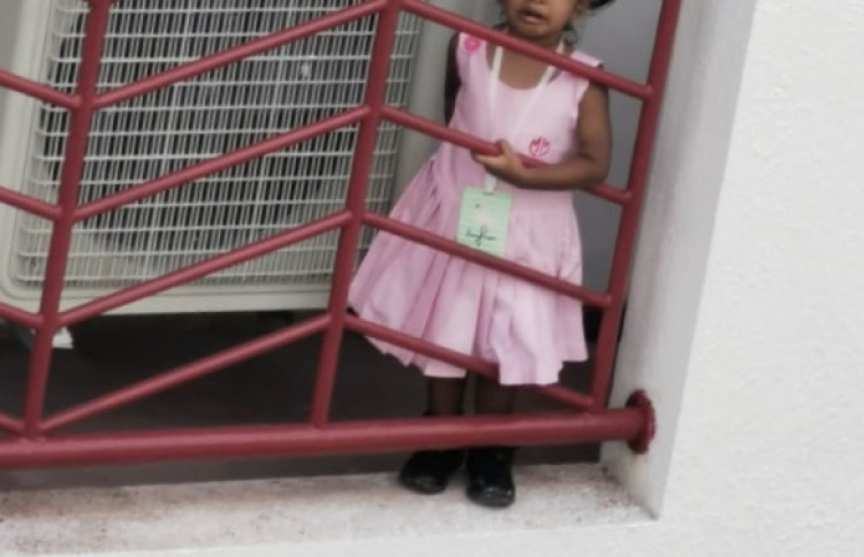 Photo is a screengrab of the video that went viral on social media showing a small girl of Maafannu Madharusa school of Male' city left alone and crying on a balcony of the school. Police stated that a case was lodged by the family of the child on January 13, 2020.

Police have begun an investigation after video surfaced on social media that showed a small child from Maafannu Madharusa school in Male’ city left alone in a balcony of the school.

The child can be seen crying in the video and the case was officially lodged by the family of the child, according to Police.

No one else is seen on the floor at the time and the small girl left alone and the school was informed by some people passing by on the street.

No comment is available from Maafannu Madharusa regarding the incident so far.