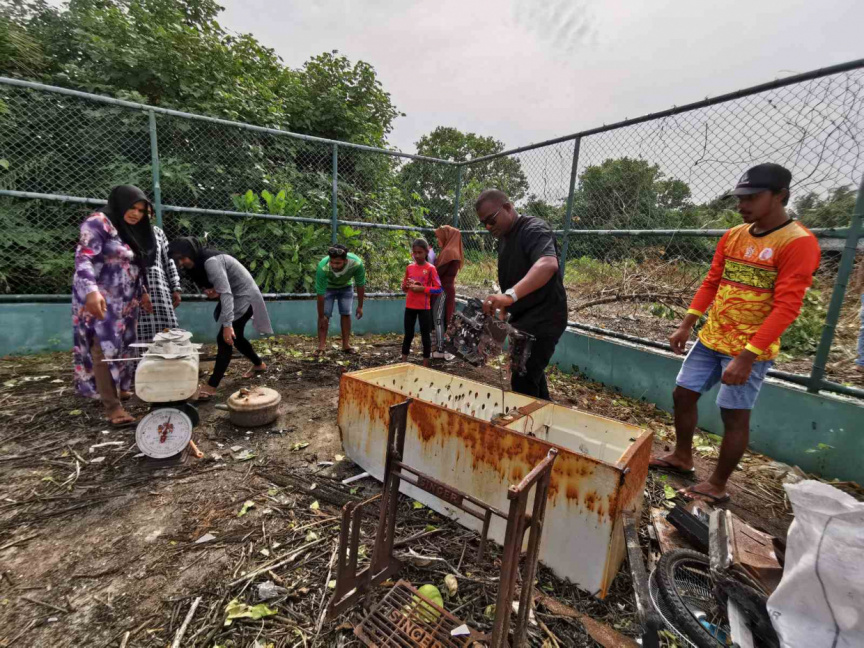 G. A. Gemanafushi held a competition among the public to collect waste on January 9, 2020. The competition was taken part by five teams in total. (Photo/Gemanafushi Council)

G. A. Gemanafushi has begun to tackle the issue of waste on the island with a different approach. A competition held among the public to collect waste was taken part by five teams in total.

Prizes will be awarded to three of the five teams that collect the highest number of waste and transport the waste to the island’s waste center. The awarding ceremony will be held in the evening.

“The waste will be weighed and the team with the highest marks will gain a prize of MVR 5000. MVR 3000 will be for second place and the third place will gain MVR 2000,” said Shiyan.

He estimated that around 80-100 people were taking part in the competition. The teams will be collecting waste from all over the island and not just from households.

“They are still bringing in waste. Around 15 tons have already been weighted,” said Shiyan.

Gemanafushi is well-known for its hardworking fishermen and has a population of around 1700 people. The government has allocated funds to establish a waste management center on the island in this year’s budget.