Students and teachers emerge to paint and clean schools 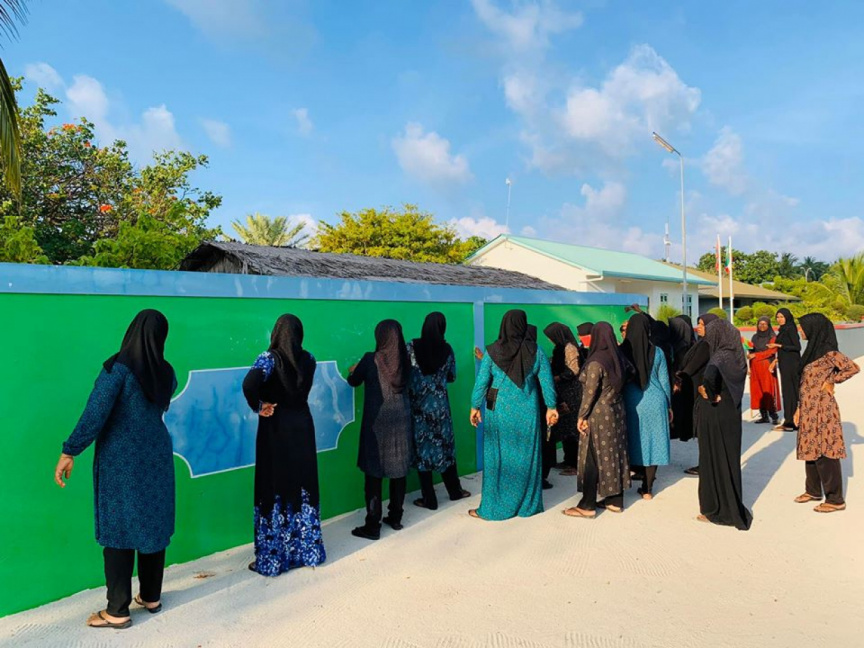 Teachers painting the school of Sh. Goidhoo to prepare for the new academic year of 2020. (Photo/Mohamed Nizaam)

The academic new year will commence next Sunday, and schools all over the country are gearing up for yet another hectic year.

Some schools made some eye-catching preparations for the new academic year. Students and teachers of three schools within the country came out to actively take part in the preparations, paint amnd clean their schools.

Goidhoo in B. Atoll saw students and teachers work hand in hand to paint the exterior wall of the school. Goidhoo school principle Mohamed Nizaam stated to the “Sun” that the activity started today was now finished.

“All employees of the school were involved in this, and even I am. The activity was taken part by former students as well” said Nizaam. Usually, projects such as these are funded from the budget allocated for the school by the state. Nizaam noted the small budget allocated for schools such as Goidhoo and that this was a way of answering the restrictions posed because of the budget.

The school has around 150 students and teachers from pre-school to grade 10. Students from the nearby island of Fehendhoo also attend the school to study. The school which has around 50 employees showed a unique bond that existed between the school, its employees and students.

A similar activity was conducted in the school in Sh. Goidhoo as well. Teachers actively took part in preparing the school for the new year and even painted the exterior walls of the school.

A slightly different picture was seen at the school in N. Lhohi.

Students came out to paint and clean the school. Principle of Lhohi school Ali Zaahir stated to the “Sun” that this was not a new event at the school