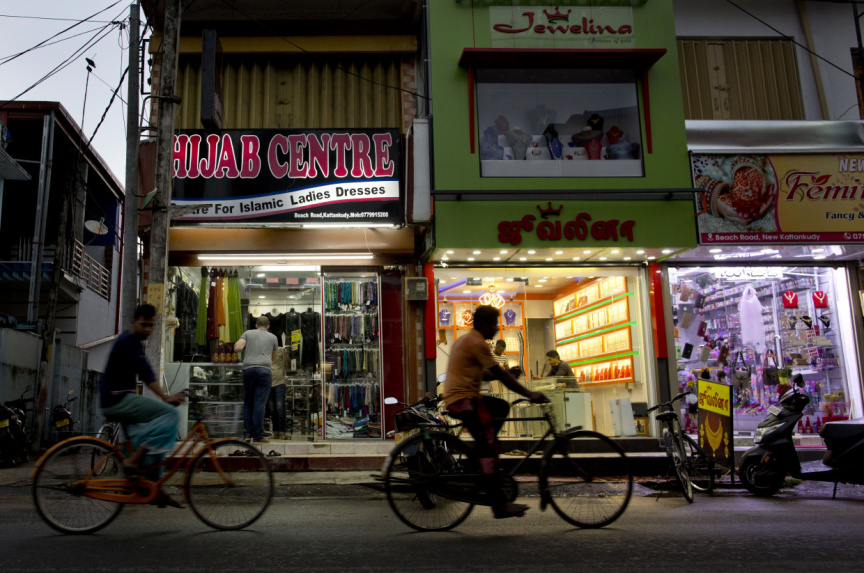 Photo shows shops lining a street in Sri Lanka. Sri Lanka is a country frequently visited by Maldivians. The country is also resided by a large number of Maldivians for various purposes. (Photo/AP)

Two Maldivians have been charged by Sri Lankan authorities after being arrested yesterday.

Around 12 Maldivians were arrested in total yesterday in a nationwide operation by Sri Lankan authorities. Out of these people, all but one has been released by authorities.

Two have been charged by the Sri Lankan authorities for having expired passports and lack of identification. Foreign Ministry confirmed that all Maldivians except one were released and two of them have been charged in court.

One of those charged has been charged for living in Sri Lanka without a visa for nine months, while the other was charged with smuggling an illegal brand of cigarettes into the country.

A mother and her three children were also detained by the authorities yesterday after a search of their apartment failed to turn up their passports. They were released when the documents to extend their visas were presented. A Maldivian woman was also released for overstaying her visa arrangements by one day.

Another Maldivian woman was also released on bail after overstaying her visa by six months. Four men were also released after being detained at a coffee shop. The men had been there without any identifications.

Security in Sri Lanka has been beefed up since devastating terrorist bombings rocked the country in April of 2019.

The Maldivian embassy has repeatedly cautioned locals in Sri Lanka to adhere to immigration laws and keep their passports or identification with them at all times, after similar calls by Sri Lankan authorities on all nationals in the country.