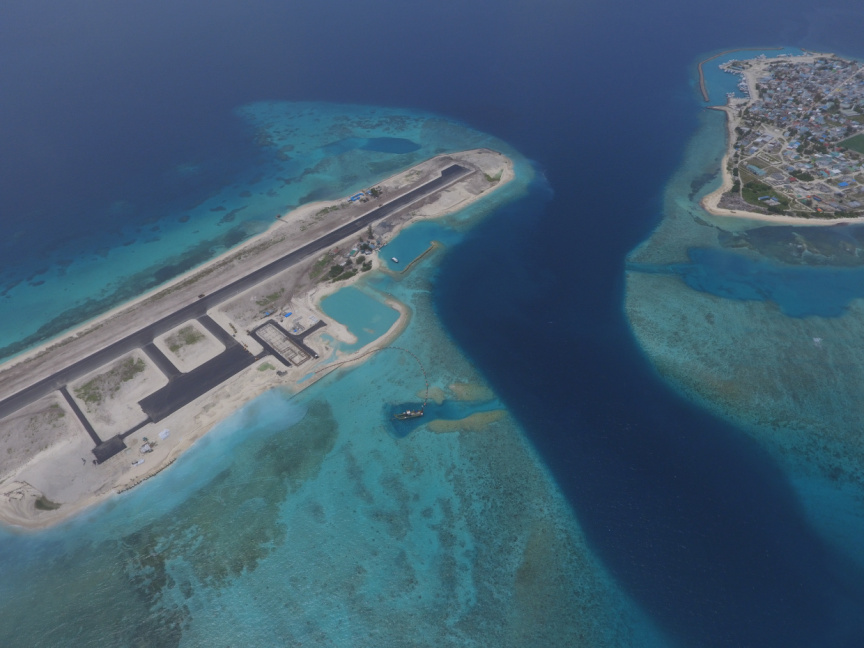 An aerial shot of the airport under development in Lh. Madivaru. Transport Minister Nahula stated that the airport will open in April 2020 on January 1, 2020. (Sun Photo/Ahmed Hassan)

Out of the regional airports under development, three airports will be opened in early 2020, Transport Minister Aishath Nahula has stated.

The Minister was speaking in a program of VTV when she made the announcement and also stated that aviation was the sector of transport that the government prioritized the most.

The Minister also informed that the airport in H.A. Hoarafushi will be unveiled in August 2020. The airport in H.Dh. Kulhudhuffushi which was opened in 2019 will also be upgraded in 2020, according to the Minister.

“Even though the airport is opened, operations and services are not provided at the level we want. I believe that this will be resolved this year.” said the Minister who also noted that Hanimaadhoo airport will undergo a process of upgrading.

She also focused on why airports faced delays in opening and stated that this was due to the difficulties faced in finding trained staff for the airport.