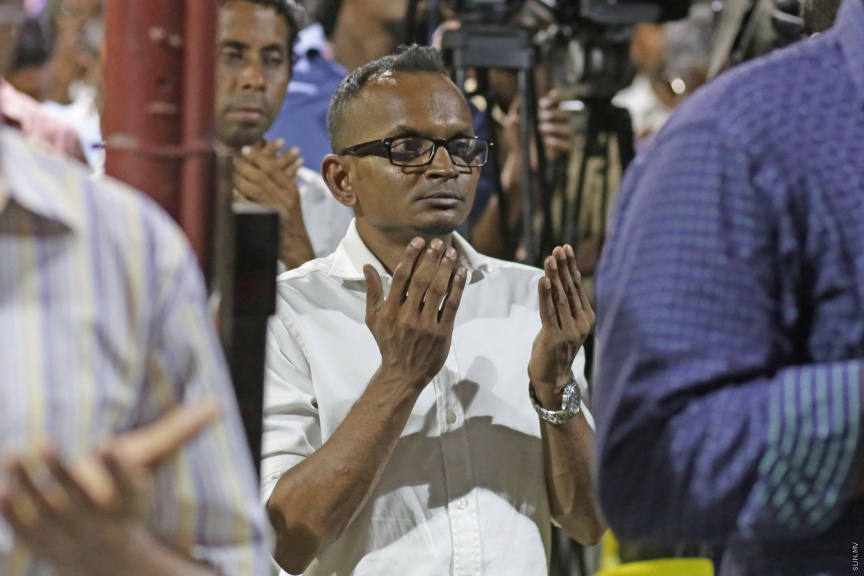 Deputy mayor of Male' city Shamaau Shareef. He announced that he is running for mayor on January 1, 2020 in the local council elections. (Sun Photo/Fayaz Moosa)

The current deputy mayor of Male’ city Shamaau Shareef has announced that he will be running for mayor in the upcoming local council elections.

Deputy mayor Shamaau made the announcement after extending the felicitations of the new year and stated that his decision came after speaking with members of the public and MDP members.

The trust and confidence placed in him by these citizens ensured that this was not a decision he would regret, said the deputy mayor.

He stated that he did not doubt the residents of Male’ city to measure the 13-years of his hard work carried out to advance the policies of MDP.

Deputy mayor Shamaau has been in local governance for six years and has vast experience and knowledge of the decentralization system. He promised to run a decentralized system that would make the citizens proud.

He said that the capital was its people and everyone should work together to bring prosperity and make it green once again.

Other than Shamaau, incumbent mayor Shifa Mohamed and councilor Ahmed Niyaz are also running for mayor. Former Housing Minister Dr. Mohamed Muizzu, former Feydhoo MP Alhan Fahmy and MDP’s deputy secretary-general Afshan Latheef make up the remaining candidates for mayor in what is to be a hotly contested election.

Local council elections will be held on April 4, 2020, and Male’ city will elect 19 councilors.