Papaya from Paradise: Local businessman gets ready to export papayas to Russia 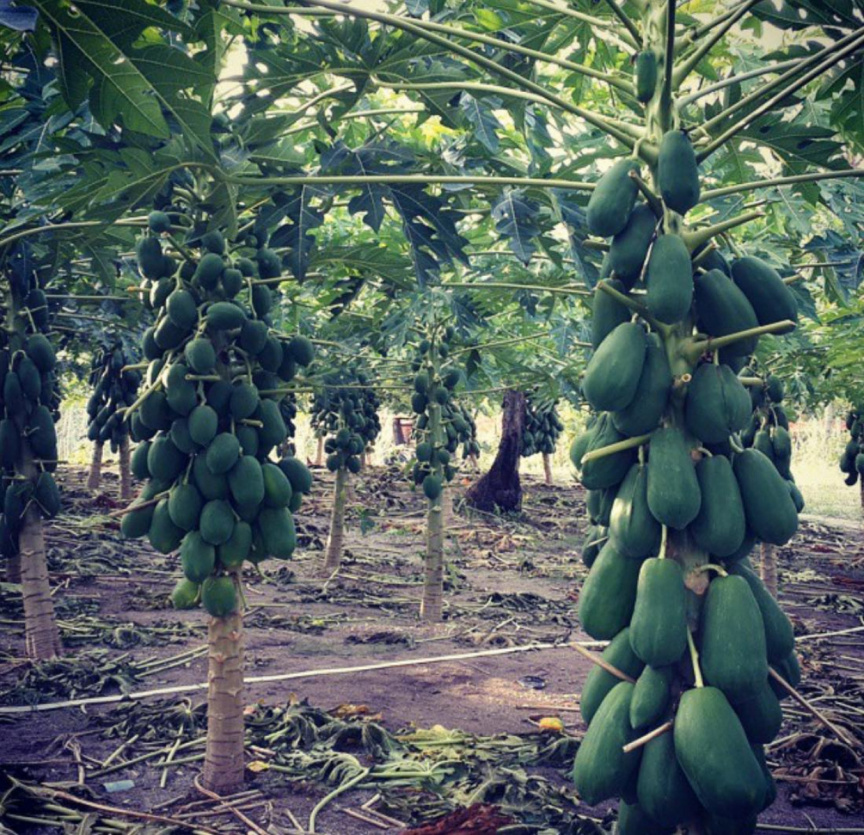 Papayas grow in a field in A. A. Thoddoo. (Photo/Ahmed Akram)

President of Guesthouse Association of Maldives (GAM), Ahmed Karam has made an unexpected venture into agriculture. Though born in A. A. Thoddoo – an island famous for its production of watermelons and other agricultural produce – Karam had never been involved in agriculture. He had spent the beginning of his work life serving the health industry, and later - the tourism industry. He presently owns and runs a guesthouse in Thoddoo.

Karam turned his gaze towards agriculture following a remark by former Maldivian President, now Speaker of Parliament, Mohamed Nasheed, who had advocated for a fair price for local agricultural produce during campaign leading up to the Parliamentary Election 2019.

His interest in the papaya business grew with time. He pondered on new ways in which local farmers may benefit from production of papayas. He considered producing jam from papayas by purchasing the necessary machinery from China and selling it to local resorts, but scratched-off the idea in face of challenges in securing the necessary investment.

However, he never abandoned his passion for papayas, and continued to explore ways to benefit from its production.

“What happened was, papayas from Thoddoo became a hit among the Russian tourists who visit by guesthouse. Russia mainly imports papayas from Vietnam, Thailand or South Africa. Papayas don’t grow in Russia because of its cold climate. It was at this point that I partnered with a Russian and ventured into the business of exporting papayas to Russia,” said Karam.

Karam is now working hard to launch the export business. He and his Russian partner have created a company, Papaya LLC, and aim to begin exporting papayas to Russia by February 2020.

Karam plans on starting off with exporting one ton (1,000 kilos) of papaya per week. Emirates operates daily flights between Maldives and St. Petersburgh with one transit stop in Dubai.

“We are doing this properly. With proper packaging and everything. It will be labelled ‘Papaya from Paradise’. We have high hopes of managing a regular supply. I will, In Sha Allah, give a better price to my suppliers than the current market price,” said Karam.

Karam says his new venture, if it takes off, will not be the accomplishment of his alone, but that of the entire Thoddoo. He expects it to bring further exposure to Thoddoo - which is already well-known for local tourism and the watermelon business.