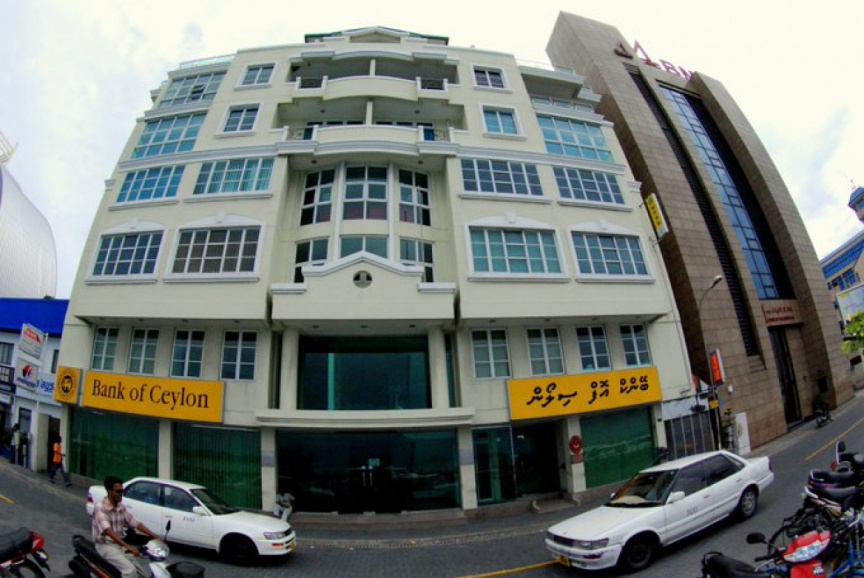 Bank of Ceylon located in Male' city. A former employee of the bank accused of treachery who fled the country was arrested in October 2019. (Photo.Inside Maldives/Twitter)

A former employee of Bank of Ceylon who had fled from the country after being accused of treachery and misappropriation has been arrested upon his arrival back in the Maldives.

“Sun” has learned that man was in Thailand when the case against him was submitted to the Police. The authorities also issued a red notice for his arrest.

The man who arrested upon his arrival in the Maldives was also released by the court, according to the information we received. The Prosecutor General’s Office that stated it had received such a case and the case was now being pursued in court, which was submitted on October 17.

Information regarding the case is not available from the Police, while the amount of money misappropriated by the man is also not known.