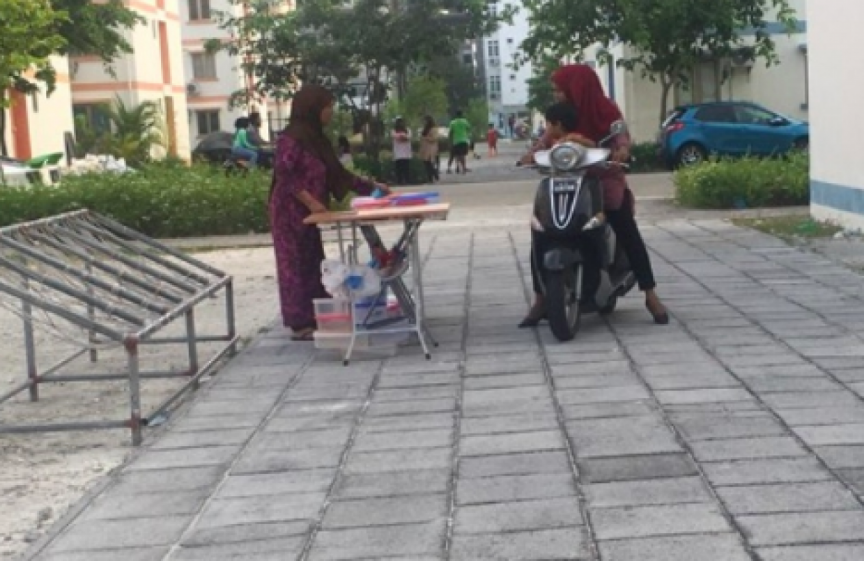 Male’ City Council is scheduled to engage in discussions with street short-eat vendors in suburban Hulhumale’ and Vilimale’ regarding drafting policies to regulate the service.

A spokesperson from Male’ City Council told Sun that people setting up small tables in the streets of Hulhumale’ and Vilimale’ to sell short-eats had become a common sight, especially in the evening.

She said that the Male’ City Council wished to regulate the service.

“We want to make this systematic. For example, how can a vendor sell short-eats from a park. We have the design. But it will be finalized following discussions with vendors,” said the spokesperson.

She said that the Male’ City Council had previously issued a special license to short-eat vendors, but that the process was halted for various reasons.

Male’ City Council is scheduled to meet with vendors on Wednesday, December 25.

“Since many have expressed interest in selling short-eats in suburban Hulhumale’ and Vilimale’ of Male’ City to this Council, the Council wishes to meet with these interested parties. The meeting will be held at 4 pm on Wednesday, December 25, 2019 at this Council’s Maafannu office,” said the spokesperson.

Housing Development Corporation (HDC), in 2018, established specific locations and policies for sale of short-eats in Hulhumale’ following complaints of non-compliance with the standards of Health Protection Agency (HPA). The corporation had charged an annual fee of MVR 150 for registration services at the time.

VIA makes record with 239 flight movements