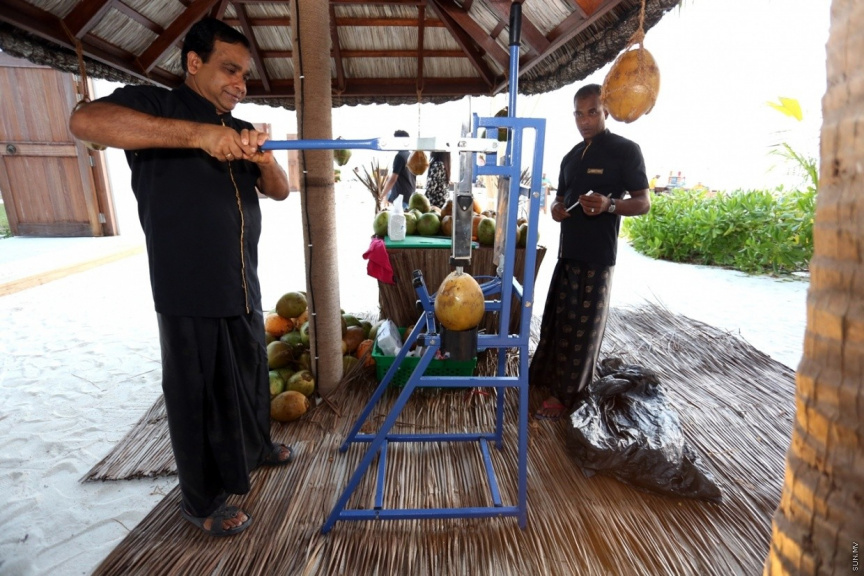 Tourism Minister Ali Waheed, on Tuesday, noted that a little over half of the tourism sector labor force is made up of foreign labor.

He made the remark at the “Burabi” function held by Tourism Minister last Tuesday night.

Highlighting on the safety and security audit conducted by Tourism Ministry, Maldives Police Service and MNDF in which inspections were conducted on 1,060 tourist properties across Maldives, Ali Waheed said that the inspections had served to uncover that the tourism sector labor force was tipped towards foreign labor.

“I will now announce previously unannounced statistics. [By the end of the inspections] the local tourism sector had total 37,138 employees. 17,609 of the employees are locals. 19,529 are expatriates,” said Ali Waheed.

The numbers add up to 52.5 percent of the tourism sector labor force being made up of foreign labor.

Ali Waheed said that 86 of the tourist resorts in operation in Maldives had met the local labor requirement set by laws and regulations.