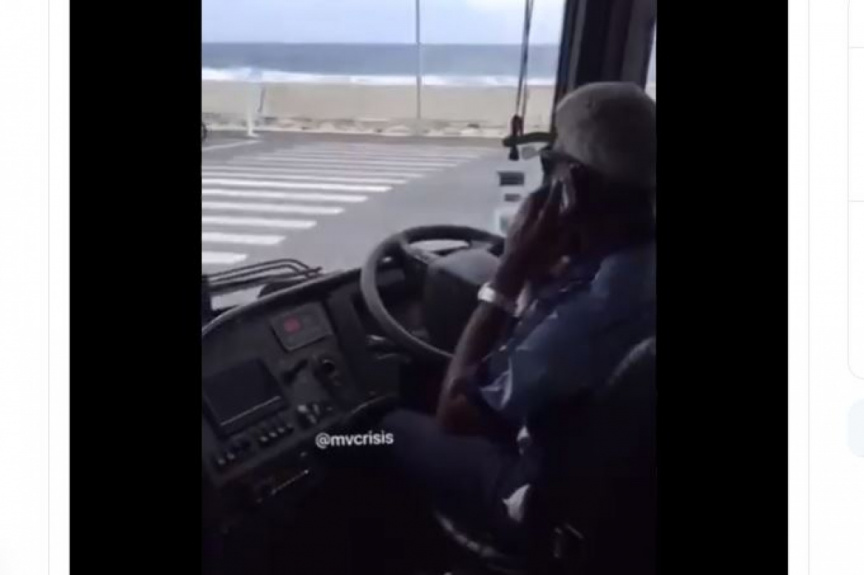 The bus driver caught on video using his mobile phone while driving has been reprimanded by the police and has had his license seized.

The driver, an employee of Maldives Transport and Contracting Company (MTCC), was caught on video committing the violation on the Hulhumale’-Hulhule’ route.

The police were alerted to the case after a concerned citizen shared a video of the incident over social media.

The video documents the bus driver’s actions from when he stops at the traffic light at the Hulhumale’-Hulhule’ junction. The middle aged driver is seen playing with his smartphone while he waits for the lights to turn green. He has his phone to his ears when he turns towards Hulhumale’ once the lights turn green. He puts down the phone after a while, and then puts it back to his ears. He is seen handling the wheels with just one hand while the other is occupied with his phone.

The person who shared the video of the incident had tagged the police’s official Twitter handle.

“And people will say an accident has taken place, after it happens,” reads the tweet.

The police said that they had successfully identified the bus driver in question, and that he was summoned by the traffic police in the morning.

The police have seized his license and have issued him a warning in writing.

This case follows three accidents involving public buses this year; two of which resulted in fatalities.