Horrifying murder of a taxi driver, leaves a community in shock 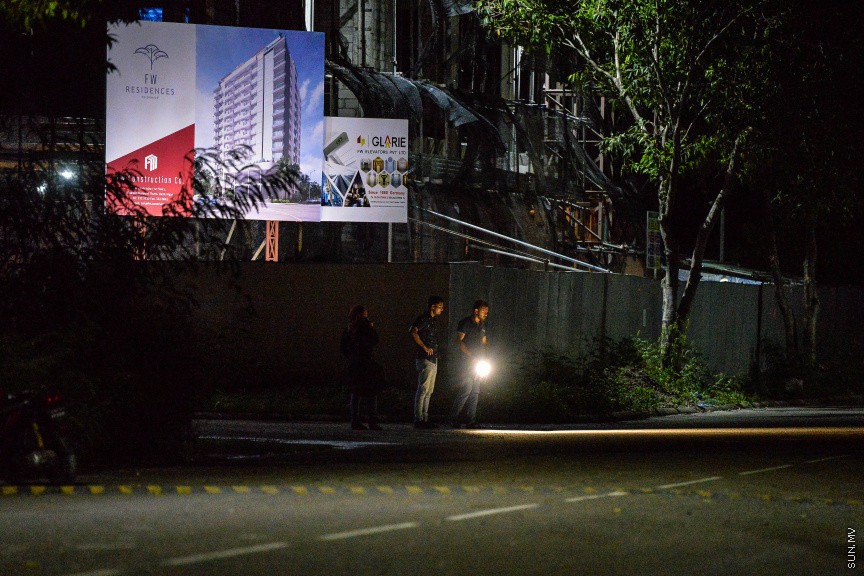 The scene of the murder of Qasim Hassan on December 4, 2019. Qasim was found on a street in Hulhumale' with deep wounds to his neck and hands. (Sun Photo/Fayaz Moosa)

The country was shaken up to hear the news of a brutally murdered body of a man discovered on the streets of Hulhumale’ on night of December 4, 2019.

The incident, reported to Police around 21:07 saw the man taken to the hospital within 15 minutes, however, it turned out to be too late as the man succumbed to the deep wounds received and passed away around 21:50.

The man was later identified as Qasim Hassan (59yrs) from A.Dh Maamigili, who was working as a taxi driver. Those close to him described him as a quiet yet amusing character and was not the type of person who got into confrontations with people.

As usual, Qasim set out to his car which was parked near Kalaafaanu School last night, after having dinner with his friends in the “K-Mart” hotel popular with taxi drivers around 20:00. His love for his car would see him avoid the busy streets of Male’ street most of the time because of the risk of accidents and damage.

He would usually take passengers who travel between Male’ and Hulhumale’. He was a driver of the 5656-taxi center, but the center informed "Sun" that since it was the holiday season, it had been a while since he had last taken a trip from the center.

Final trip was between Male’ and Hulhumale’

It is most likely that Qasim left for Hulhumale’ after dinner last night. Whether his killers boarded the car from Male’, Hulhumale’ or Hulhule’ is still unknown.

“I called him around 8:30 after he had already left the hotel. Told me he was in Hulhumale’ on a trip. I didn’t notice anything different from his voice.” said a friend of Qasim who was also a taxi driver and had taken dinner with Qasim last night.

Since this is the holiday season, it would be a grinding task to wait in airport queues for taxi drivers. So it is most likely that Qasim went straight from Male’ to Hulhumale’ without stopping at the airport which could take more than 30-minutes.

Attacked inside car, managed to run away

The incident reported around 21:07 to police, saw Qasim suffer deep wounds to the left side of his neck and hands, according to the Hospital. He was found on the east-side of Hulhumale’ on Hithigas Magu near Phase -2.

An official working at the scene last night stated that the wounds to the hands were most likely attained from Qasim trying to clench the knife or the sharp object that he was being attacked with. The attack also led to the car losing control and slowly swerve into a lamp post on the street, which didnt cause it much damage.

The blood spatter from the scene showed that Qasim tried to escape and managed to run nearly 20-feet from the car. After falling on his stomach, the blood spilling from the deep wound on his neck left the street stained as well.

Confused as to why...

Qasim’s close friends have no idea why he would be attacked and had not known of any problems Qasim has been having with anyone. However, a friend and a fellow taxi driver did speak of an incident involving Qasim and two men in Male’ city yesterday afternoon.

According to the man, an accident happened between two men on a motorcycle and Qasim that saw the two men make some angry comments at Qasim.

“I saw Qasim’s car get into an accident with two men on a motorcycle near the city bakery in Sosun Magu. But he (Qasim) remained inside the car and did not even lower his windows. Qasim signaled to the two men to be more careful by gesturing to his eyes.” said the taxi driver.

Some have concluded that Qasim’s death was the result of a mugging gone wrong. But if that was the case, the fact that his phone and the money he had in his pocket being found intact from the scene would raise more questions than it answers.

“If it was a mugging, then they would take his phone and money, wouldn’t they?” asked the driver.

For whatever reason he was killed, Qasim’s sudden and brutal murder has left the taxi drivers community of the capital in shock.

Nasheed calls to charge those involved in MMPRC scandal