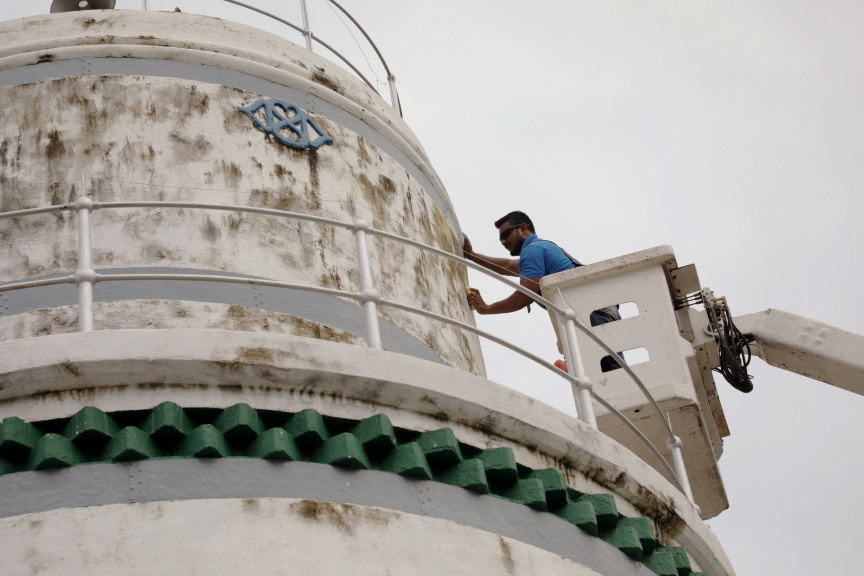 December 4, 2019: Stelco and Heritage Ministry commences work on the restoration of Friday Mosque Minaret which is one of the most important landmarks in the country in Male' city.

Work has been commenced to restore one of the most important heritage sites in the Maldives, the Friday Mosque Minaret.

The work was commenced in the morning of today at a ceremony attended by President Ibrahim Mohamed Solih and Heritage Minister Yumna Maumoon. The work was assigned to Stelco.

Minister Yumna also announced that preparations were underway with India for the work to restore and renovate the Friday mosque as well. She noted that the condition of the famed minaret deteriorated due to the bad weather that the country experienced recently.

Stelco’s Managing Director Hassan Mughnee also stated that the restoration work on the minaret and work to clean wells have now been added to the company’s schedule for next year.

“This means that we will check on our own and arrange work by working along with the ministry. This is highly technical, the work. The ministry has experts on these technical issues. What we are doing is, we are supporting these experts in their work.” said Mughnee.