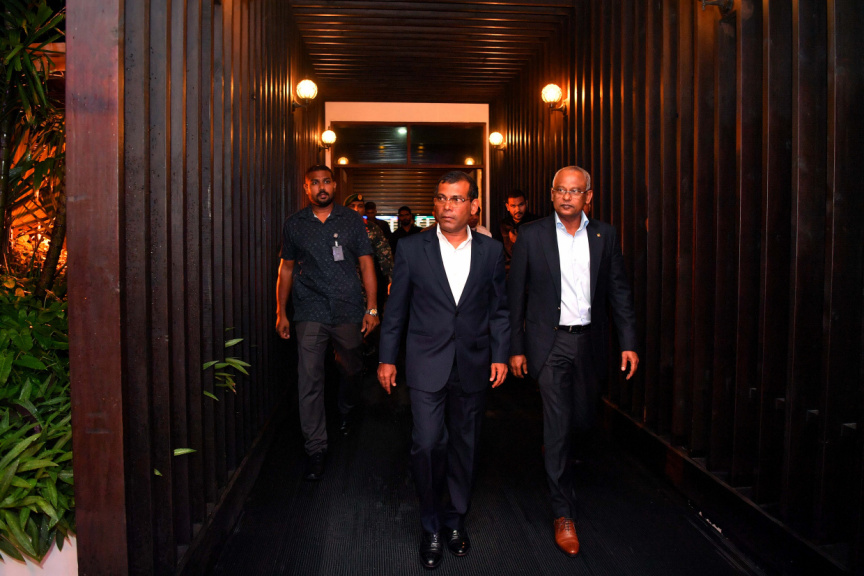 President Ibrahim Mohamed Solih and Speaker of the Parliament and former President Mohamed Nasheed pictured at the airport after arriving back in the Maldives from the United Arab Emirates on December 1, 2019.

President Ibrahim Mohamed Solih has returned to Malé after concluding his visit to the United Arab Emirates (UAE).

President Solih visited Abu Dhabi, UAE, at the invitation of His Royal Highness Sheikh Mohammed bin Zayed Al Nahyan, the Crown Prince of Abu Dhabi and was accompanied by the Speaker of the Parliament and Former President Mohamed Nasheed.