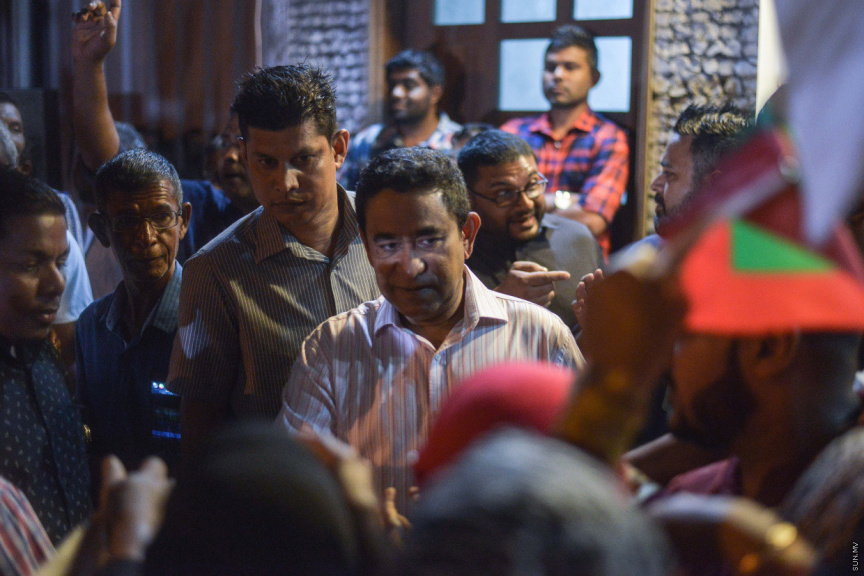 The former President Abdulla Yameen who was convicted of money laundering last Thursday is serving his five-year sentence in a special protection unit (SPU) of Maafsuhi Prison, Maldives Correctional Services has stated.

The former President was initially taken to the Male’ Prison after his verdict to carry out medical examinations which would determine the prison where he would serve his sentence. After the tests were concluded on Friday, he was moved to the Maafushi Prison in Kaafu Atoll.

President Yameen’s lawyers have raised concerns regarding the condition of the cell where he was held in Male’ Prison, prompting the Human Rights Commission to visit the prison.