Settlement Committee accused of accepting bribes in favor of Dheebaja 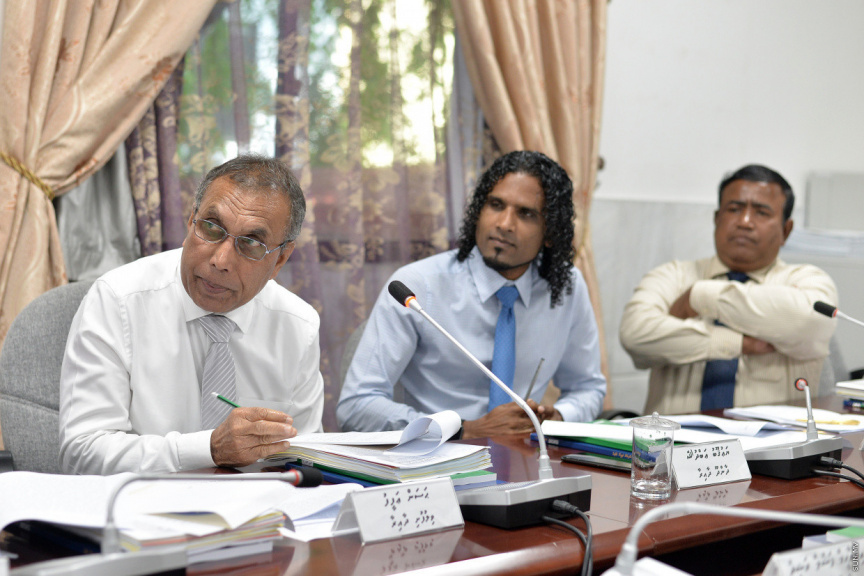 Dhaandhoo MP Yauqoob Abdulla has accused the Settlement Committee of accepting bribes in favor of recommending a settlement of MVR 174 million to Dheebaja Investment Private Limited.

He voiced his accusation during a session of the Parliament’s Public Accounts Committee held to question Attorney General Ibrahim Riffath this Wednesday.

“Bribe money was offered in the case reviewed by this committee itself. This committee’s received phone calls from so many people, in this case as well. I therefore do not believe the members of Settlement Committee didn’t receive any calls, or were offered any bribe money in this case, as well as other cases,” said Yauqoob.

He accused Attorney General Riffath of changing his narrative over the Dheebaja case, and said that the switch in narrative put him under suspicion.

“On that day [when you were previously summoned] you said you don’t believe it to be a just compensation payment, that you don’t believe the court ruling [by Supreme Court] to be a just verdict, that you will not forgo a review if given such an opportunity, that you will suggest a review, and that carrying it out with the same bench in place will result in the same outcome. This is why we requested to replace the bench. We have done this. We did all this, arranged everything and now you have changed your tune,” alleged Yauqoob.

He said that he had been informed the Attorney General’s Office placed a call to the Transport Ministry asking for the settlement agreement with Dheebaja to be signed before a specific time last Tuesday.

He said he had also been informed Riffath asked his staff to send a letter to the Finance Ministry to approve the release of the settlement money, also on Tuesday.

Riffath rejected the allegations. He said they were unfounded, and based on hearsay and suspicions.

He suggested that Yauqoob, if he believed the Settlement Committee had accepted bribes, lodge a complaint with the police.

He said that the phone call to Transport Ministry to which Yauqoob referred to had been regarding the court’s instructions to submit papers from both parties regarding their settlement which were due on Tuesday, since the President’s Office had made its decision regarding the matter.

The contract between the state and Dheebaja was signed in 2010. It pertained to the establishment ferry services to four northern provinces (N. Atoll, R. Atoll, B. Atoll, and Lh. Atoll) in exchange for 47 plots of land to build ferry terminals and tourism development.

The contract was later terminated by the state citing lack of progress in the project.

The State’s decision to terminate the contract was deemed unlawful by the Civil Court in 2014, and the court ordered a MVR 348.10 million settlement to Dheebaja.

The Board of Dheebaja later has passed a motion asking the Attorney General’s Office for peaceful resolution to the issue, and the case was sent to the Settlement Committee.

Both the state and Dheebaja have now agreed on a settlement of MVR 174 million.

Members of the Public Accounts Committee, during this Wednesday’s session, also voiced suspicion over Dheebaja’s ready agreement to a lesser settlement.

They said that private companies such as Dheebaja worked for profit, and that its ready agreement to such a drastically lower settlement was therefore suspicious.

Several members recommended a review of the Supreme Court ruling in the case given that the settlement would require such a huge payment out of taxpayer money.