Imran: Removing restriction on freedom of assembly will disrupt the entire system 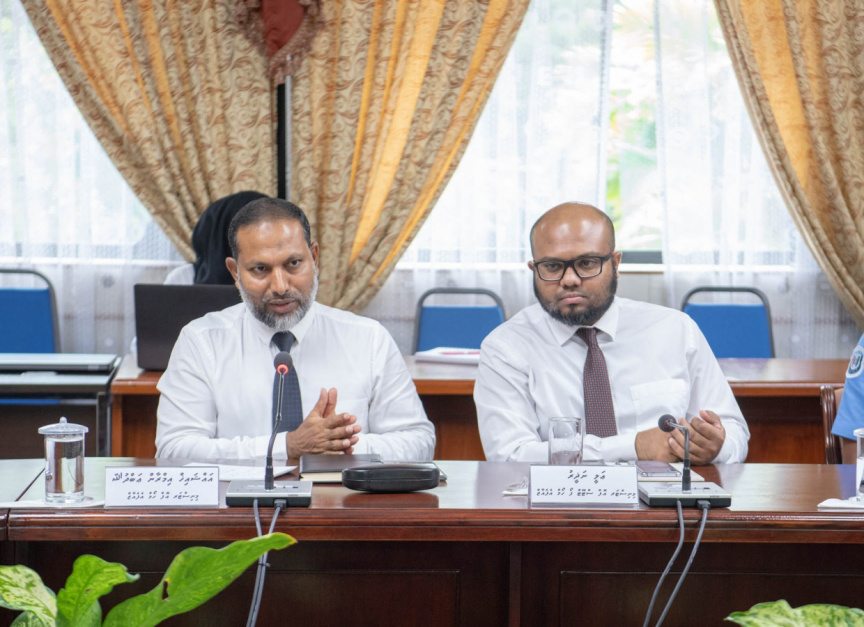 Home Minister Sheikh Imran Abdulla (L) gestures as he responds to questions by members of National Security and Foreign Relations Committee of the Parliament on November 27, 2019. (Photo/People's Majlis)

Home Minister Sheikh Imran Abdulla has voiced his objection to removing the restriction on freedom of assembly imposed by the former administration, warning that it will disrupt the entire system and produce multiple issues.

The restriction on freedom of assembly - which bans all public assemblies at all locations expect for the Alimas Carnival without prior approval of the police - was imposed through a legislative amendment to the Freedom of Assembly Act during the tenure of former President Abdulla Yameen Abdul Gayoom.

It was accused of being a tool used by the former administration to silence political dissent.

Legislature to repeal the contested legislative amendment was presented to the Parliament by Kaashidhoo MP Abdulla Jabir.

Minister Imran, who was summoned for a session with the Parliament’s National Security and Foreign Relations Committee this Wednesday, suggested that the best course of action was to find a way to expand freedom of assembly while keeping the legislative amendment in place.

He said that removing the restriction would disrupt the entire system, and open room for more issues.

Meanwhile, Commissioner of Police Mohamed Hameed, who was also summoned for the session, said that the people should be allowed to exercise the constitutional right to freedom of assembly to its fullest.

He did not specify whether he was in favor of or opposed to repealing the restriction, but said that he would submit a technical response regarding the subject on behalf of the police at a later date.