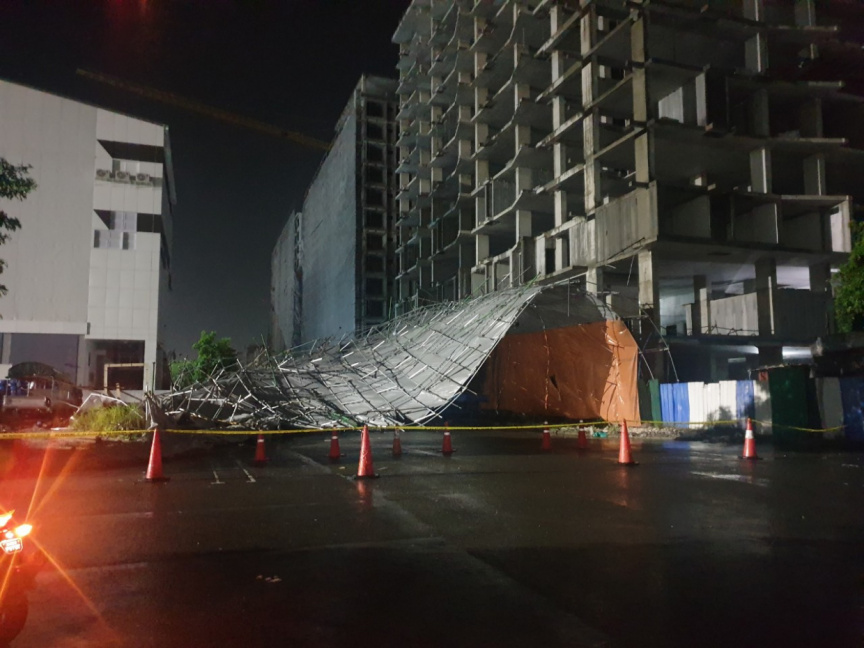 The scaffolding surrounding Tower B of MNDF "Sifco flats" in Hulhumale' fell over due to strong winds on November 26, 2017. The incident did not injure anyone, according to MNDF officials. (Photo/MNDF)

The scaffolding surrounding the “Sifco” flats in Hulhumale’ fell over last night due to strong winds.

MNDF spokesperson Major Ibrahim Azim confirmed that the scaffolding surrounding Tower B of the flats was blown over last night. No one was injured in the incident, according to the MNDF official who stated that the incident was being investigated.

The “Sifco” flats under construction are designated for MNDF officers.

Central areas of the Maldives experienced strong winds and rain last night, with the Met Office issuing a white weather alert for the region.