Maldives sets 2 million as its tourist arrival target for 2020 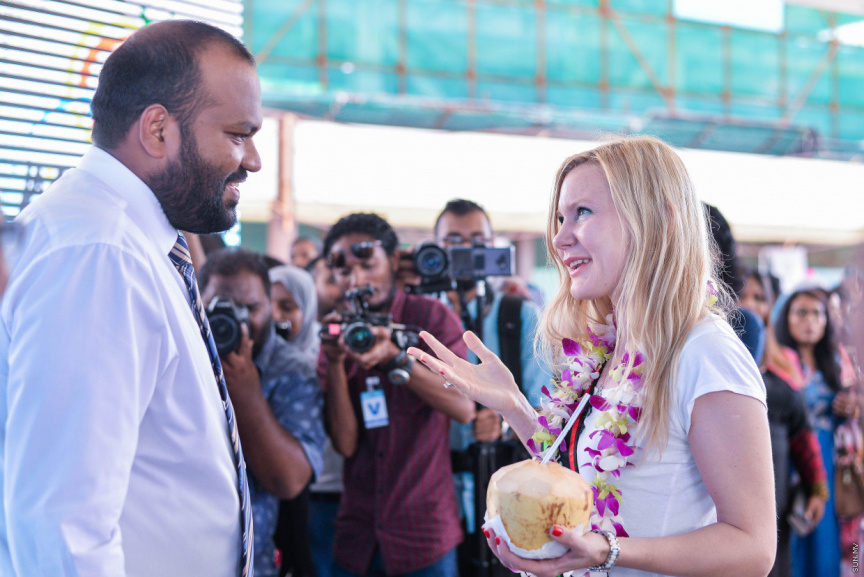 Maldives welcomed its 1.5 millionth tourist in a function held at the Velana International Airport this Sunday.

Speaking at the function, Tourism Minister Ali Waheed said that the government planned on promoting Maldives as the world’s safest and most peaceful tourist destination.

“The target for next year is two million tourist arrivals. This will require hard work. There’s nothing which cannot be accomplished through hard work,” said Ali Waheed.

He said the Maldivian President Ibrahim Mohamed Solih, himself, will come to welcome the two millionth tourist to Maldives.

He thanked Maldives Marketing and Public Relations Corporation (MMPRC), tourist businesses operating in the private sector, and all tourism industry employees for their contribution in ensuring the government reached its target.

He added that it was the government’s target to achieve 2.5 million tourist arrivals before the end of its five-year term.

“We will next, instead of setting specific monthly or annual targets, set our milestone as achieving two million. This doesn’t mean that possible failure to achieve the two million by December 31st of next year is the failure of efforts the MMPRC, industry stakeholders, and the ministry. There’s no pressure. But it’s the government’s greatest desire to reach two million. We will achieve it within the next two years. We will work courageously to achieve this target next year,” said Ali Waheed.

Russian tourist Marina Kazakova, who became the Maldives’ 1.5 millionth tourist arrival this Sunday, is in Maldives on her seventh visit to the country. Ali Waheed has invited her to take part in the events organized to mark World Tourism Day next year.

NBAM advises against disembarking from safaris