Unknown men tag buildings in Maaungoodhoo with the IS flag 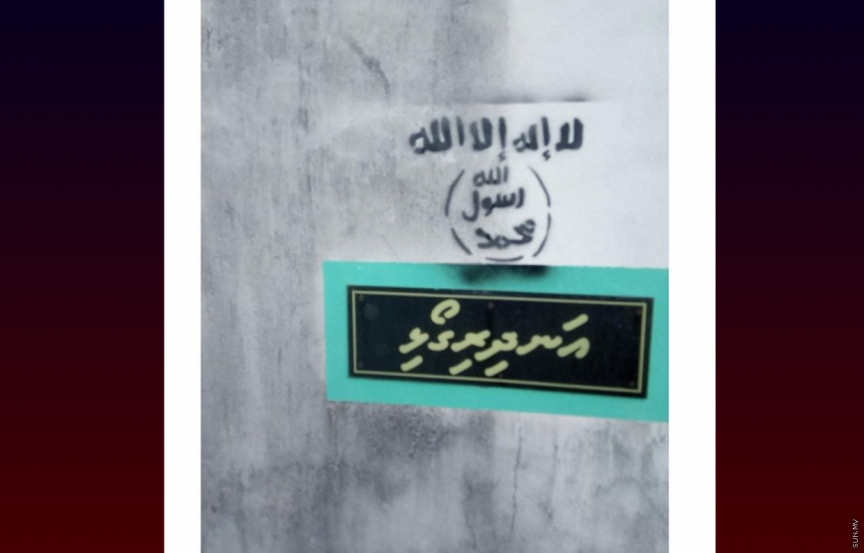 The flag of terror group Islamic State (IS) spray painted above a street sign in Sh. Maaungoodhoo.

An unknown group of men are reported to have travelled to Sh. Maaungoodhoo on a boat and spray painted the Islamic State flag on walls before leaving the island.

The councilmen said that the men had come to the island on a boat which specializes in sea cucumber fishing.

They had purchased the spray paint which they used to tag the walls with the IS flag from a local shop.

“The shopkeeper confirmed they bought spray and other items from the shop. However, it is unclear if anyone actually saw them tagging [the walls] with the flag. They did whatever they did and left the island at midnight,” said the councilman.

He said the strangers were four men, and they came to the island in early evening.

The newly revised Counter-Terrorism Act establishes expressing support for a terrorist group or possession of merchandise with the logo or flag of such a group as a criminal offense.

IS is on the top of the official terror watchlist of Maldives, which was released by the President’s Office in September.