Faris: Opportunities need to be paved in politics for youth ideologies 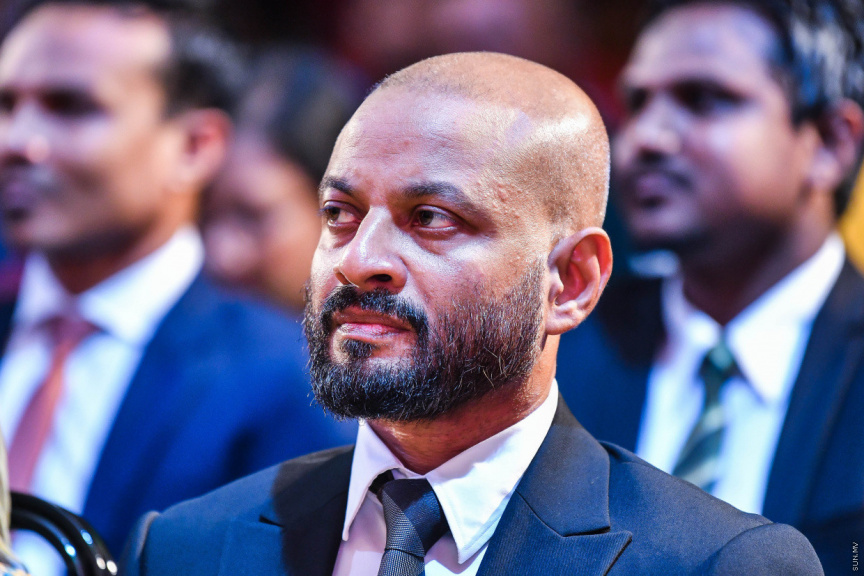 Faris Maumoon is pictured in the first assembly of the Maldives Reform Movement (MRM) on Noevember 23, 2019. The assembly held in Billabong High School was also taken part by President Ibrahim Mohamed Solih, whose MDP and MRM form a significant part of the governing coalition parties.

Faris Maumoon, an interim Executive Council Member of the Maldives Reform Movement has called for paved opportunities in politics for the ideologies of youth.

Faris was speaking at the first assembly of MRM after its registration as a political party held last night when he called on the politicians to reconsider their mindsets regarding the beneficial ideas expressed by youths that are limited to coffee tables.

“These ideas and work need to be brought into mainstream politics. MRM’s target is just that. To trigger and initiate those philosophical youths that have been segregated from the political arena.” said Faris.

MRM has pledged to take Maldivian politics to the next level with two main steps. One of these steps would see 25 percent of members on MRM’s branches and bodies filled by people under the age of 30. Faris also stated that solutions needed to be discovered for the benefit of the country and Maldivians without being caught in a specific influence.

“The country has taken steps forward in many different areas in the last ten years. But the number of issues to be addressed, still number high,”

“New issues are being born every day. The world is faced with a climate emergency. Differences are increasing within the community.  The dangers of extremists and radicals are increasing. These facts need to be addressed and discussed without barriers in the political arena.” said Faris.