Parliament to move against Salaf for allegedly encouraging terrorism 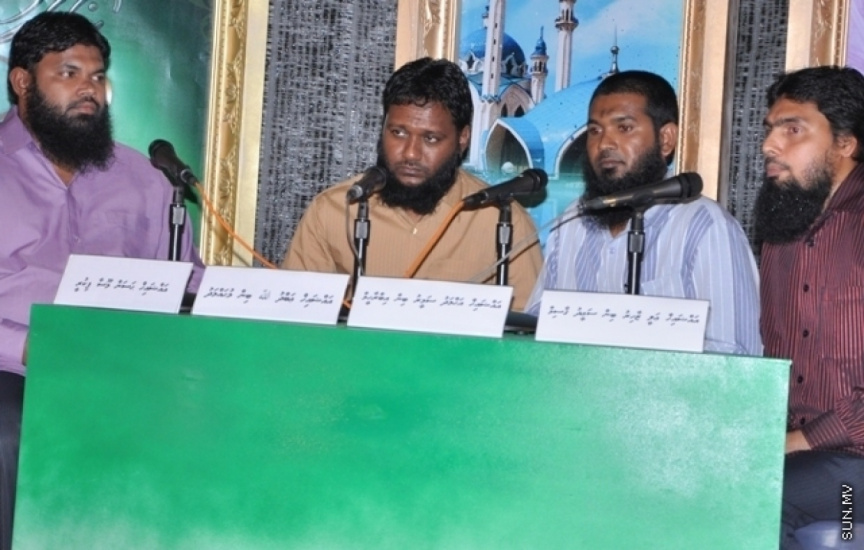 Religious scholars of Jamiyyath Salaf: The Parliament has alleged the organization of encouraging acts of terror and has decided to take steps against it, which is one of the biggest religious organization in the Maldives. (Sun File Photo)

Parliament Speaker Mohamed Nasheed has announced that the Committee on National Security Services has decided to take steps against the religious organization Jamiyyath Salaf for allegedly supporting and encouraging acts of terrorism.

Nasheed made the announcement in the opening remarks of today’s Parliamentary session. He stated that the Committee had compiled a report that showed Jamiyyath Salaf’s conduct as encouraging acts of terrorism. The Committee also requested the Parliament’s view on the matter.