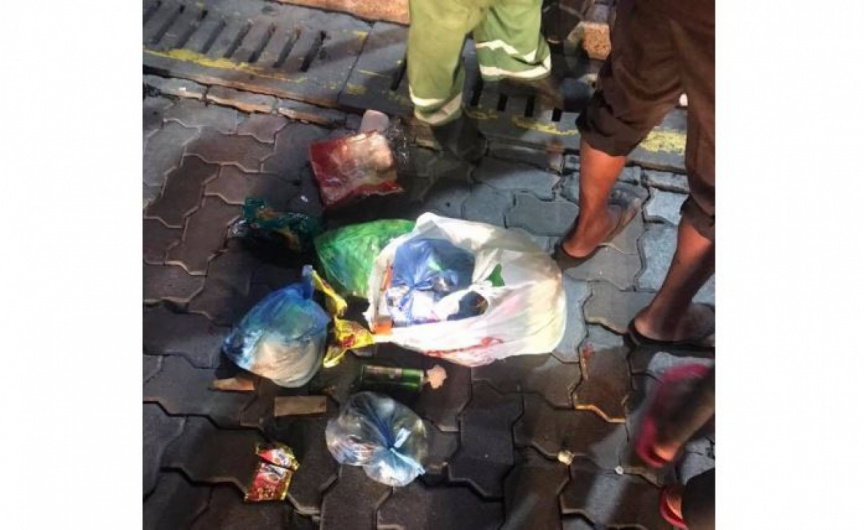 A photo of the garbage bag that was used to attack an employee of Wamco on November 29, 2019, Police are now investigating the case.

The case of Waste Management Corporation (Wamco) employee who was assaulted by a man is being investigated by Police.

The incident happened around 19:45 of last night in Fandiyaaru Magu of Male’ city. The man who assaulted the employee had attempted to dispense a garbage bag into a garbage truck of Wamco. This was denied by the employee who informed the man that his residence was not registered for garbage collection.

Wamco requires residences to be registered for waste collection services. The man then responded by striking the employee on the head with the garbage bag, before leaving the scene.

The incident is being investigated. However, this is not an iso0lcated incident and an employee of Wamco was also assaulted by a man with a pipe in August. The man also directed expletives at the Wamco employee during the assault in which the Wamco employee suffered blows to the head and torso.

The assaulter, in that case, was later arrested by Police under a court warrant.