Agreements being signed to relocate 31 chemical warehouses to Thilafushi 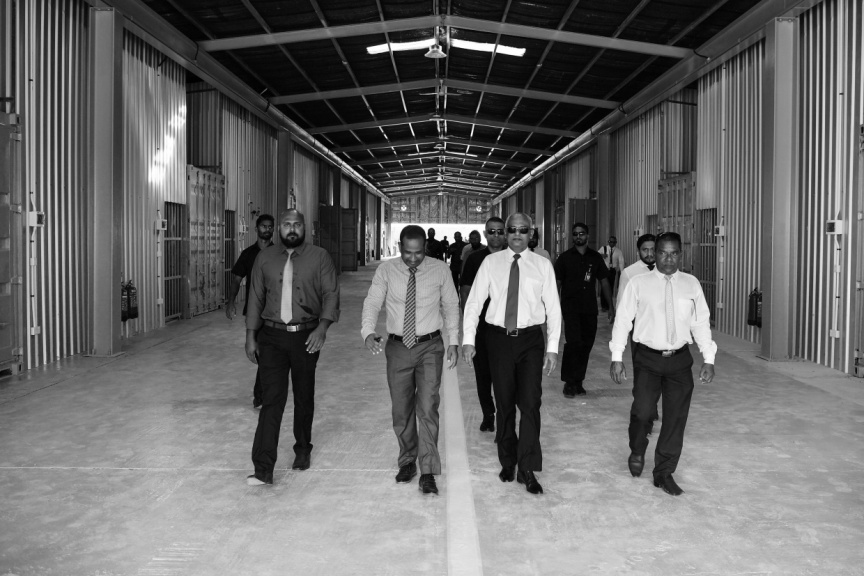 “We have built total 34 warehouses in Thilafushi to store chemicals. The MNDF, following its assessment, established that 31 warehouses require immediate relocation to Thilafushi. We are currently signing MoUs with these parties,” said Ibu.

Ibu said that some of the 31 parties had requested for greater floor space to store their products than the floor space of the new warehouses built in Thilafushi, and that GMIZ planned on utilizing the extra three warehouses to enlarge the floor area of the other warehouses at demand.

The construction of the warehouses in Thilafushi was subcontracted by GMIZ to SJ Construction for MVR 9.5 million.

Ibu told Sun that parties can begin transporting their products to the new warehouses as soon as they sign the necessary agreements.

The Maldivian government made the decision to relocate the chemical warehouses located in Male’ City to Thilafushi following the fire which devastated the Abadhahfehi Magu neighborhood of Henveyru district on September 20. The fire had originated from a chemical warehouse and resulted in the death of a woman and left hundreds homeless.

Defense Ministry previously announced the congested Maldivian capital had 126 chemical warehouses; 82 of which are located in residential buildings.