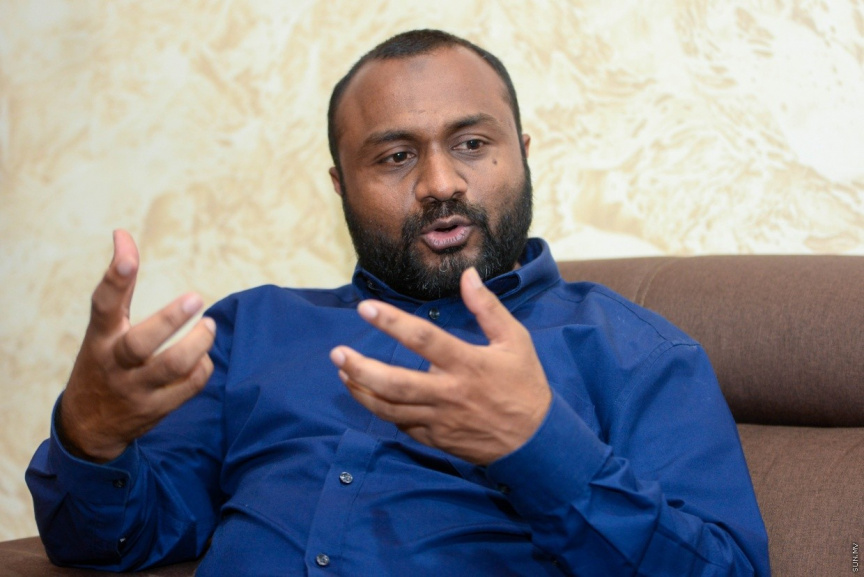 Religious scholar and former Islamic Minister Dr. Shaheem, has dismissed accusations that he provided false information to the Presidential Commission on Deaths and Disappearances (DDCOM). The accusations against the former Minister were made in the investigative report into the murder of Dr. Afrasheem by the DDCOM.

The report which was shared by the President to the Parliament was summarized on live TV by Speaker of the Parliament Mohamed Nasheed. Nasheed stated that the report showed Dr. Shaheem provided false information to the DDCOM.

One instance noted in the report was when Dr. Shaheem stated that he had no recollection of who sent him a text message that read “If Dr. Afrasheem returns and announces it on media, the senders of the message would love him”. Dr. Shaheem also refused the allegation that Dr. Afrasheem had attended the Islamic Ministry at the request of Dr. Shaheem on October 1, 2012, according to the report. Dr. Shaheem was then accused of covering up the reason for why Dr. Afrasheem wanted to appear on the TVM program on the night of his murder.

What did Dr. Shaheem say in response?

Dr. Shaheem responded to the contents of the report soon after it was read on TV with a tweet. The tweet alleged that Dr. Afrasheem’s murder was being pinned and linked to innocent people to hide the real killers. He also stated that he had not misinformed the DDCOM or committed a cruel act of harm.

“Allah knows that I am have not committed any cruel acts. I provided the DDCOM with the truth regarding the TV program,” said Dr. Shaheem.

Several attempts were made to attack Dr. Afrasheem before his murder, some of them, in mosques. Dr. Afrasheem was found cruelly murdered on October 1, 2012, near the stairwell of his residence in H. Funviluge. The scholar had returned home after concluding the shooting of the TV program of TVM mentioned in the report when he was murdered.

The report then stated that Dr. Shaheem left the country the next day. Nine Maldivians traveled on a morning flight to Qatar on the next day of Dr. Afrasheem’s murder. They included members of the Jihadist organization run in the Maldives by Mohamed Mazeedh and Saamith Mohamed, who were trained and had taken part in the different activities carried out by the group within the country. They traveled to Syria and Sudan, cited the report.

“Honorable MPs, the other individual that traveled out of the country on October 2, is Dr. Shaheem.” said the Speaker who was presiding over the Parliament as he was summarizing the report.

Dr. Afrasheem was also harassed and assaulted on several occasions and some religious scholars were also reported to have had enmities with Dr. Afrasheem.

According to the findings of the report, the murder of Dr. Afrasheem Ali was planned by Azlif Raoof from H. Hilton and carried out by Hussain Humaam from H. Lobby, Ali Shan (Sato) from H. Hicoast and an underage minor.

Dhoonidhoo Custodial to be demolished, rebuilt in 2020