Dhoonidhoo Custodial to be demolished, rebuilt in 2020 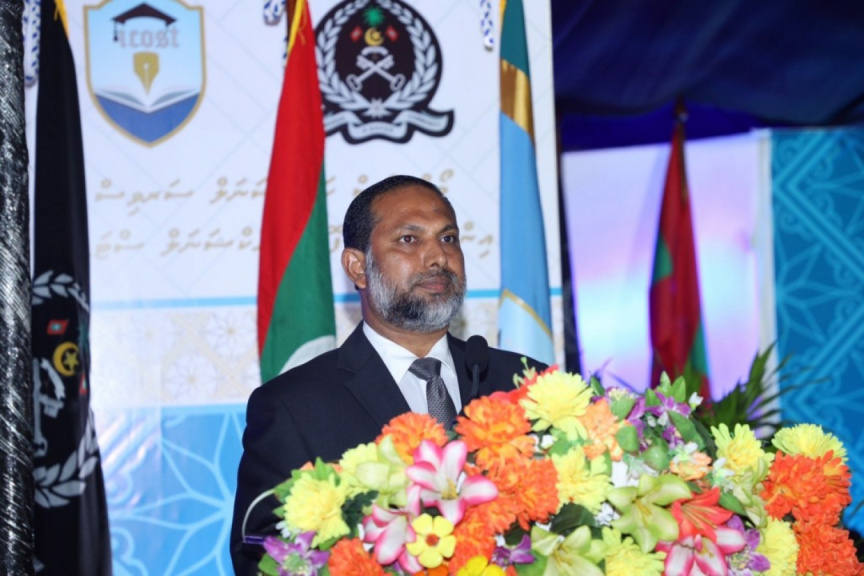 Home Minister Sheikh Imran Abdulla says the Dhoonidhoo Custodial will be demolished and rebuilt in 2020.

He made the announcement in an appearance on RaajjeTV’s Fashaa Iru show this Sunday morning.

“Everything is ready. We are prepared to demolish the jail. But circumstances forced us to delay it. It has been one year [to the current administration] without it being demolished,” said Imran, after noting that the Dhoonidhoo Custodial had been deemed unfit for use as a detention facility.

He said that work on rebuilding the Dhoonidhoo Custodial will also begin in 2020.

Addressing the conditions of the Dhoonidhoo Custodial, Imran said that detainees had previously been held at cells unsuitable for human inhabitation, but that the Home Ministry had put a stop to the practice.

He said that the Home Ministry had reinforced the training provided to prison officers in order to change their perception.

“We cannot effect a change to the treatment of detainees unless we change the perception of prison officers,” said Imran.

Speaking at the closing ceremony of the 23rd basic training program held by Maldives Correctional Service last Saturday night, Imran said that the training and skill enhancement of prison officers was a top priority in the Maldivian administration’s efforts to change the conditions of prisons and jails.

He said that the officers, who interact with detainees on a daily basis, must be both well-trained and experienced in order to reform the local prison system.

“Officers must be taught respect to human rights, and the principles of protecting human dignity and discipline. It is therefore our top goal in this endeavor to prepare officers who are fully educated, talented, trained, and disciplined,” said Imran.

Imran, on the RaajjeTV show this Sunday, said that the Home Ministry had initiated a campaign to change the perception of prison officers who interact with detainees to have them respect human rights and dignity.

He said that the Home Ministry had run multiple training programs with assistance from international experts in order to improve the quality of services by Maldives Correctional Service over the past one year.

He also noted the success in controlling gang violence over the past year.

He said that while the Home Ministry had reformed certain services to detainees, it also needed to effect more reforms in order to further improve prison conditions.

“We have extended the one-hour allowed for family visits to two-hours, and extended conjugal visits from 12 hours to 24 hours,” said Imran.

He also said that the majority of detainees controllable and would be ready to join rehabilitation programs within one month, but that there also existed certain detainees who officers were unable to handle.

'Failure to stop extremism will be ruin of Maldives'