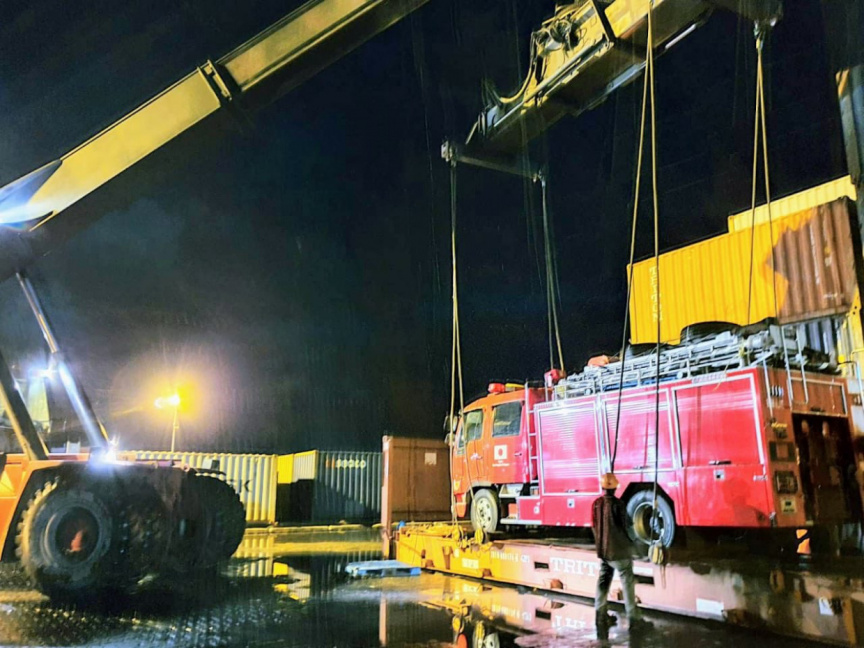 A fire engine donated by the Japanese government is cleared by Maldives Customs Service on November 15, 2019. (Photo/National Disaster Management Authority)

Japanese Aid has donated a fire engine to the National Disaster Management Authority (NDMA) of Maldives as part of its Grant Assistance for Grass-Roots Human Security Project (GGP).

NDMA reports the fire engine was cleared by Customs on Friday. It is scheduled to be handed over to Maldives National Defense Force (MNDF)’s Fire and Rescue Services.

The Japanese government has a history of valuable donations to the Maldives under its GGP scheme.

It includes the agreement signed by Japanese Ambassador Keiko Yanai and NDMA Chief Executive Hisan Hassan to donate a fire engine worth USD 88,449 in February.