Minister Ameer: Some govt. companies to be privatized next year 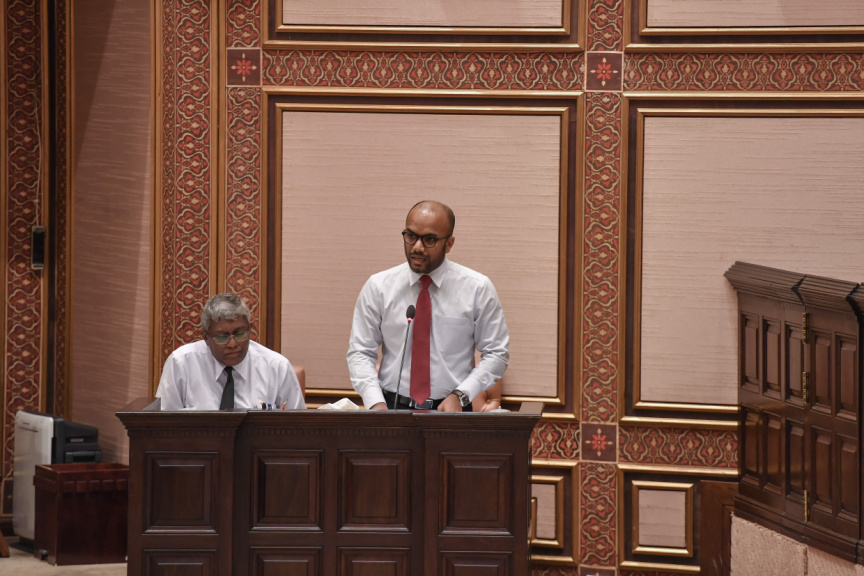 Finance Minister Ibrahim Ameer has stated that some government-run businesses will be privatized starting from next year to reduce the number of businesses run by the government.

Minister Ameer was speaking at the Parliament session today during the budget discussion phase when announced that the government had the idea to privatize some businesses. In accordance with this thought, the government runs companies that provided necessary services to the public and businesses that are run with government shares. The later types of businesses would be the ones that will be privatized starting from next year, according to the Minister.

The Minister also noted that the income gained from privatizing companies was not included in the budget because the assessments regarding these companies were still not complete. Work was currently being conducted on finding out which businesses the government can leave to the private sector.

Some shares of government-run companies such as Dhiraagu and MWSC were sold during the administration of former President Mohamed Nasheed who is now the Speaker of the Parliament.

The policy to privatize government companies was supported by North Galolhu MP Eva Abdulla who also noted that such a move and policy would increase the income for the state. President Ibrahim Mohamed Solih pledged to halt some of the businesses run by STO and allow these businesses to be run by the private sector.

'It is not advisable to set minimum wage right now'