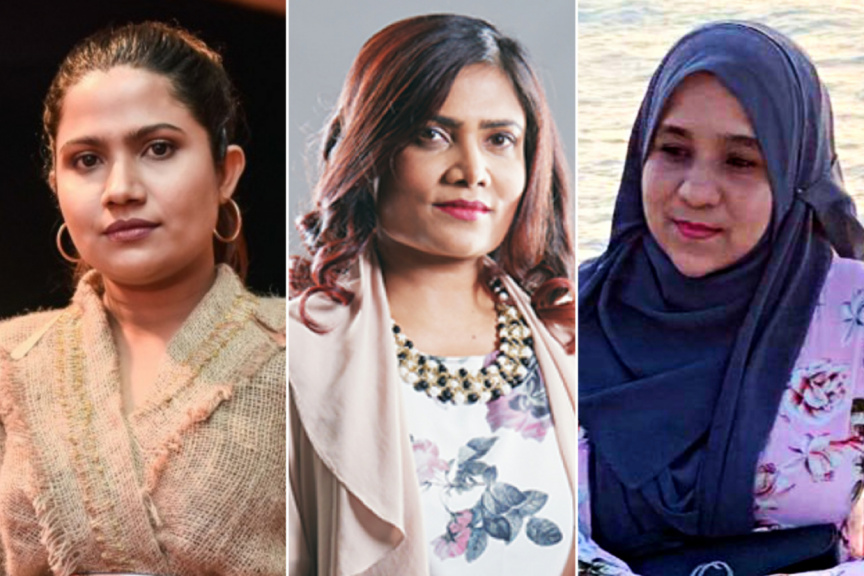 The President has sent the names of the preferred candidates for the vacant seat on Broadcom on November 12, 2019. Well known former presenter Mariyam Waheedha (C) and award winning editor Aiminath Ameena (L) lead the way as the President's top picks.

President Ibrahim Mohamed Solih has sent to the Parliament the names of the recommendations for the vacant seats on the Maldives Broadcasting Commission (Broadcom) today.

The seats were left vacant after Mohamed Shaheeb resigned from the Broadcom and Fathimath Zaina was removed from her post on the Commission. The names sent today include the nominees for the vacant seat of Shaheeb and were sent by the order of preference by the President.

The names sent by the President are:

Former TVM presenter and experienced newscaster Mariyam Waheedha (Mary) who is a well-known figure not just in the media industry but throughout the country leads the way as the President’s preferred candidate for the seat of Broadcom.

This is the second attempt by Mary for the membership of Broadcom. Her previous attempt saw her score the highest but fail to get the approval from the Parliament for the seat.

The second name on the list Aiminath Ameena (Anaa) is a senior editor of V media who has won awards in the industry.

The President also sent the names of the candidates in the preferred order for the seat left vacant after the removal of Zaina. They are:

The names sent by the President have now been forwarded to the Parliamentary Committee on Independent Institutions.