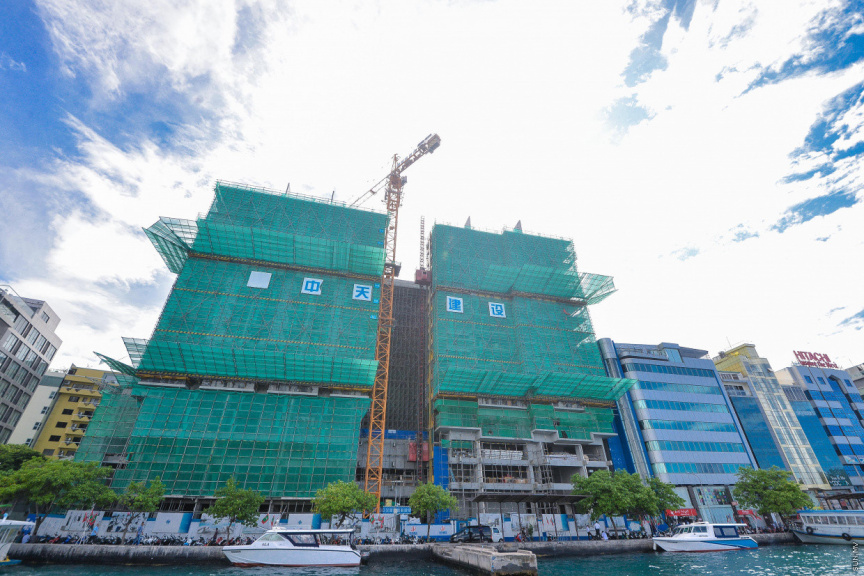 A Spanish hospitality company has bought shares in the joint venture company tasked with developing the Nasandhura apartment project.

The land where the Nasandhura Hotel stood before was awarded to NPH investments in the administration of President Yameen in 2015. NPH is a company that Ellaidhoo Mohamed Manik, the brother in law of the then-president had a stake in. The project was commenced as a joint venture project with Brown Investment PLC by NPH. Brown Investment is a subsidiary of the LOLC Group of Sri Lanka.

It was reported in some Sri Lankan media that the Barcelo Hotel Group of Spain had decided to buy 33.33 percent of shares in the Bodufaru Beach Resort under Brown Investment for USD 30 million.

Under the agreement, the 60 room Bodufaru Resort, 100 room Bodu Finolhu resort under development and the 150-room apartment complex in place of Nasandhura will be managed by the Barcelo Group, according to Sri Lankan media. Moreover, two resorts in Sri Lanka will also be operated by the group under this investment.

Sri Lankan media stated that the projects would be worth USD 150 million according to the company. In addition to NPH, Alpha Kinam, another company that Mohamed Manik has shares in, is also involved in the project.

The Nasandhura project was previously investigated for corruption by the Anti-Corruption Commission and former Tourism Minister Ahmed Adeeb was also charged in the case. It was discovered that the project was awarded to the company with a bid and against the tourism laws of the country.

Current Tourism Minister Ali Waheed has stated that he does not think that the government can go forward with the agreement for the Nasandhura project and has asked the Attorney General for advice regarding the case.

The Nasandhura project is a 25-floor project and is contracted to Zhongtian Construction.

Statements retaken in sexual abuse case of Imam in 2006