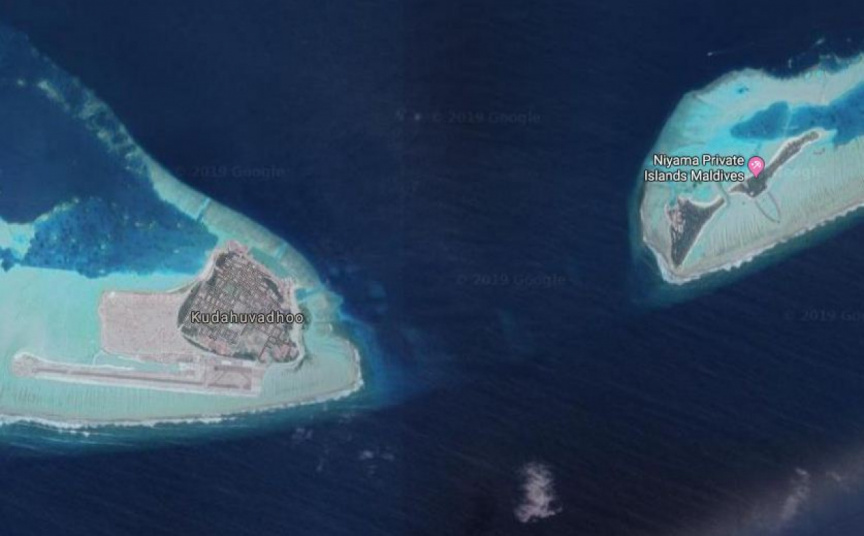 A Swedish tourist has died after the dinghy he was travelling on with five others capsized off the coast of Dh. Kudahuvadhoo this Sunday.

MNDF says the marine accident was reported to the agency at approximately 4:30 pm.

The dinghy had been carrying six people on a fishing trip; four Swedish tourists and two locals.

Kudahuvadhoo Council president Ahmed Sham told Sun that the group of four Swedish tourists had been staying at a guesthouse on the island.

The Swedish tourist who passed away in the accident was pronounced dead upon arrival at the island’s hospital.

According to the police, initial findings indicate the dinghy had overturned due to a strong wave just as it neared dangerously close to the Kudahuvadhoo reef.

“The weather conditions are favorable and the seas are slight in Kudahuvadhoo today. However, preliminary findings indicate this took place when it [the dinghy] got too close to the reef,” said a police spokesperson.

According to MNDF, the survivors had already been rescued and taken to dry land by locals on jet skis by the time the Coastguard squadron reached the scene.

The survivors are being treated at the Kudahuvadhoo Hospital.