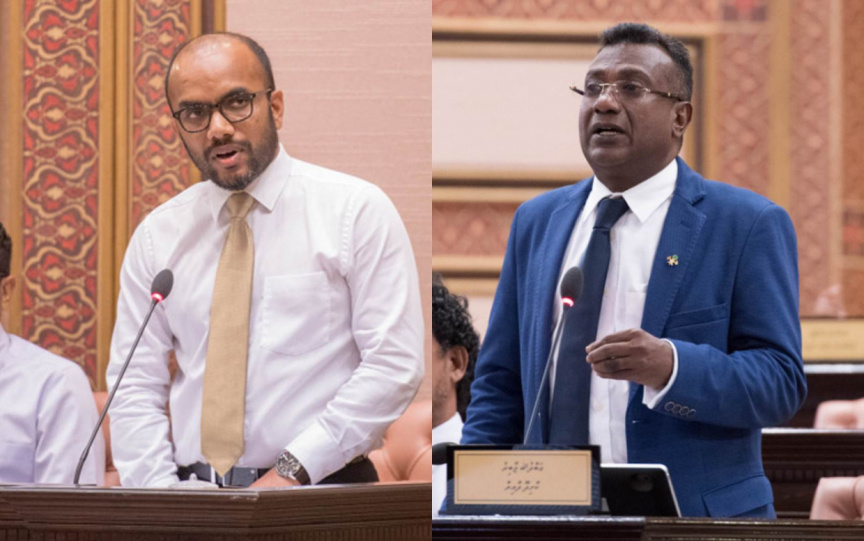 Speaking during the emergency motion presented to the Parliament today, MP Jabir accused Finance Minister Ibrahim Ameer of corruption in the payments made to the Noomadi company by the government and alleged that the MVR 800 million payment was “swallowed” by the Finance Minister.

MP Jabir then turned his attention to Economic Minister Fayyaz who he accused of awarding a project worth USD 50 million without a tender.

“I am distraught that the Finance Minister seized MVR 800 million for himself during this short period of time, I am really sad. I also studied the situation of the Economic Minister. There are two projects in total, each (Minister) with 850 (million), so MVR 1.6 billion in total is being rolled.” claimed MP Jabir.

MP Jabir also criticized the fact that Minister Ameer was allowed to present the state budget when accused of such acts of corruption.

“Devouring such a huge amount in just a year, now that’s too much. I ask the Finance Minister to resign at once,” said MP Jabir who also called on Economic Minister Fayyaz to resign.

MP Jabir was speaking about the case of the state settling out of court with the Noomadi company for USD 55 million. MPs have also sent a letter to the Parliament speaker to summon the Finance Minister regarding the case.

The case of Noomadi was in arbitration in Singapore when it was settled for USD 55 million (MVR 848 million). The company had been claiming USD 155 million against the state in arbitration before the out of court settlement was reached.

Finance Minister Ameer has previously stated in the parliamentary committee that the ministers of the previous administration had given statements at odds with the government, so it was unlikely that the case could be won by the state. Minister Ameer stated that the decision to reach a settlement was to save the state from going bankrupt.