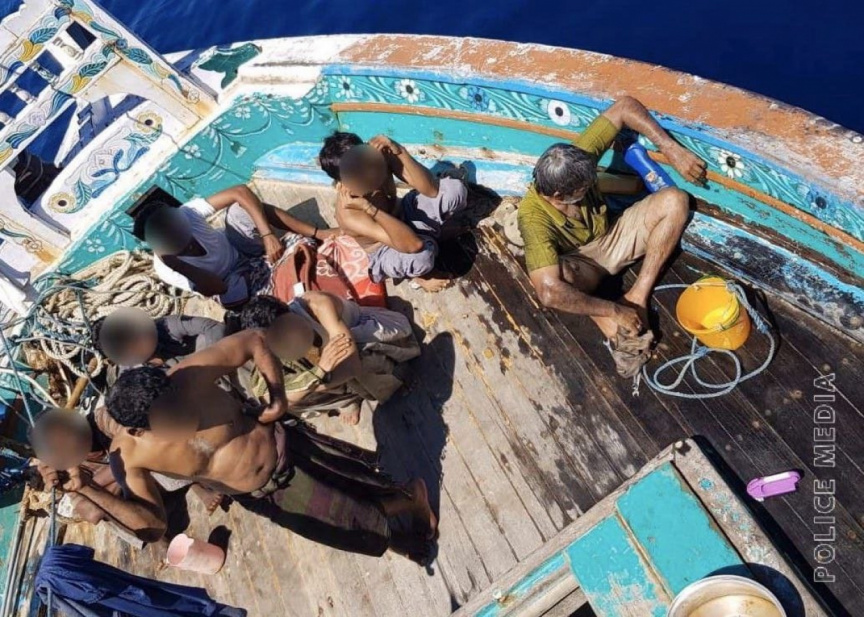 Police released a photo of some of the crew on the Iranian boat found drifting in Maldivian waters on November 3, 2019. (Photo/Police)

Police stated that reports of a foreign boat that was drifting near A.A Mandhoo due to engine problems were received around 8:30 in the morning. After informing the Coastguard of the report and the location, Police officers traveled to the area before boarding the boat.

The boat was discovered to be an Iranian vessel with seven Iranian men on board. The boat is being investigated by Police now.

Authorities are reasonably wary of this new Iranian boat in Maldivian territorial waters after four Iranian boats were captured with drugs on board and inside Maldivian waters. Some of these boats had been previously seized with drugs by other countries as well.

A recent drug bust on an Iranian boat saw a whopping 150 kg of drugs seized. Police have previously stated that the Maldives was a transit point for these boats that are used to drugs to Asian countries.